On 12 December this year, Jeremy Corbyn suffered a humiliating defeat in the general election with the Labour Party losing 59 seats in Parliament: the worst Labour result since 1935. In contrast, PM Boris Johnson gained a working majority – the largest since Thatcher’s 1987 victory and an extra 48 seats. The election saw a […]

On 12 December this year, Jeremy Corbyn suffered a humiliating defeat in the general election with the Labour Party losing 59 seats in Parliament: the worst Labour result since 1935. In contrast, PM Boris Johnson gained a working majority – the largest since Thatcher’s 1987 victory and an extra 48 seats. The election saw a complete realignment of the electoral map, with a wave of blue seats sweeping across England and the SNP winning the majority of Scotland’s seats. Seats like Newcastle Under Lyme and Workington, both solidly Labour since 1918, were lost to the Tories. But why did this happen? There are a myriad of factors, but ultimately this election was a demonstration of the fact that under Corbyn’s leadership the Labour Party’s mantra of being ‘for the many, not the few’ is just that – a mantra.

Brexit was obviously the most important factor in this election, and so it is not surprising to see that the Labour Party fell flat on its face. Corbyn’s policy was nonsensical. First, there was the issue of holding a second referendum in the first place. The party faced heavy criticism from Brexiteers and Remainers alike, who argued that it was undemocratic and a repeat of the 2016 referendum, orchestrated by those who were unable to accept the first result. Then there was the problem of Corbyn staying ‘neutral’ despite holding Eurosceptic views throughout his career, and the fact that they would put on the ballot paper a new deal and a remain option, with shadow Brexit Minister Keir Starmer (a passionate Remainer) in charge of negotiations. Why would the EU be motivated to give us a good deal if they were aware that most of the Labour Party would campaign against it? Why would Labour expect Brexiteers to vote for them if the deal involved remaining in the customs union and keeping close alignment to the single market?

Then, there was the issue of anti-Semitism. The Labour Party has been riddled with anti-Semitism throughout Corbyn’s tenure, with 87% of British Jews and 39% of non-Jews considering him to be anti-Semitic, not helped by the fact that Corbyn has repeatedly refused to apologise. And who can blame them? There are too many examples to cite, but a recent example that springs to mind is the case of Maria Carroll, a Corbyn ally who stood in the marginal seat of Carmarthen East. She ran a Facebook group which advised party members, including alleged Holocaust deniers, on how to beat charges of anti-Semitism. Then there is Corbyn himself. Take, for example, the campaign he was involved in to release Samar Alami and Jawad Botmeh from prison. The two Palestinian extremists were convicted for the 1994 London Israeli embassy bombing (as well as the car bomb that exploded outside Balfour House, HQ of one of the UK’s largest Jewish charities), and once released Corbyn helped Botmeh gain a position at London Metropolitan University. This factor, along with the alarming praise Corbyn has given to dictators such as Hugo Chavez, also meant that the chances of a Labour majority were increasingly unlikely.

Finally, there is the issue of Corbyn’s ideology and its cheerleaders, epitomized by the ‘Momentum’ activist group. His leadership has seen the abandonment of the working class in Labour heartlands in favour of younger voters. While it is a good thing that Corbyn’s leadership has seen unprecedented involvement from young people in politics, ultimately his abandonment of free-market economics in favour of socialism meant that a loss in these areas was inevitable. The electorate was clearly unconvinced that Corbyn could nationalize key industries such as rail and water, and provide free broadband, free university, and shave 33% off the price of rail tickets, without raising taxes on everyone. After all, the top 5% already pay over 50% of the nation’s income tax. Corbyn’s plans would have seen taxes raised on people earning as little as £14,000 a year.

Ultimately, if the Labour Party is to become a viable opposition force again, their next leader needs to be more moderate and must work to appeal to the entire electorate, rather than just young voters. An abandonment of identity politics would not go amiss. This election delivered the final coup de grâce to Corbynism. 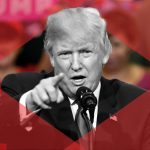 Trump freezes U.S. payments to WHO 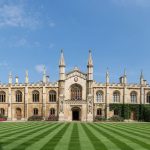 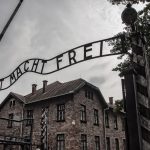 Why everybody should visit Auschwitz 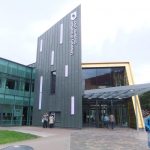 Will Donald Trump be a one term President? 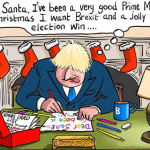 Will the election ruin Christmas? 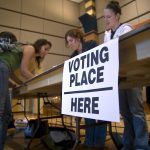 How to vote tactically: should you vote at home or at uni?
Copy link
CopyCopied
Powered by Social Snap