After much study, my experts and I have concluded that Invisible Boy by ‘Invisible Boy’ works as ideal theme music for the pensive traveller or even just for someone relaxing on a bus. As I listened to it I pictured beaches at the twilight hour, the American Wild West and long hours in transit, comforted by the promise of home. When I awoke from my trance, I was overcome with profuse joy and for some reason dressed as Ghandi but that’s irrelevant. The message I’m trying to get across here guys is that I liked the album.

"As I listened to it I pictured beaches at the twilight hour, the American Wild West and long hours in transit, comforted by the promise of home"

Chris Bierden the apparently ‘Invisible Boy’ has created a collection of profoundly gripping tracks that each emanate the potency of true anthems and have a sophisticated completeness to  them that results from their thick and diverse layers of harmonically rich instrumentation, which have been expertly wound together in the studio with clearly a very meticulous focus, carefully avoiding any overproduction. This unique sound is achieved through all the basic ingredients you’d expect from any singer-songwriter, namely: guitars, bass, many different keyboard sounds (including piano) and percussion, again of many different forms. However, it would be harsh to call Invisible Boy’s sound basic but if we were going to categorize it, I’d say he has crafted all these elements into a very relaxing but dynamically-varied Neo-psychedelic rock sound with a smattering of many other genres such as blues, pop and indie rock. This sound provokes many emotional states predominantly one of haunting melancholy but within this there is something curiously innocent and magical that I haven’t heard in music for a while.

It is Invisible Boy’s vocals, most notably, that are the most striking element of the music and probably what gives it the most character and idiosyncrasy. His voice has an enigmatic, androgynousness to it, which has unmistakable elements of the late David Bowie, especially when coupled with lamenting piano parts and the steady strum of guitar chords, most notable in songs like ‘Star Child’ and ‘All the Kids.’ In many of the songs, these enigmatic vocals are layered with various other accompanying vocal lines that add to the anthem-like nature of the tracks, at times similar to the passionate power of a gospel choir (seen in ‘So Long Living’) and at others with a sort of comforting and whimsical aesthetic (seen in ‘You Could Be Anything At All’).

I realise that not everyone immediately relates to Neo-psychedelic rock but I truly believe you should all give this album a try and to give it the respect it deserves by listening to the whole bloody thing and not falling into the terribly modern habit of being close-minded. Don’t get me wrong I’ve suffered from this laziness too but in the case of this album you will actually be missing out. 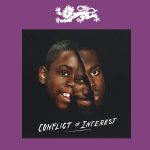 Should creators fire back at criticism? 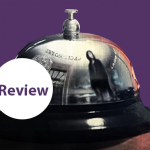 Crime Scene: The Vanishing at Cecil Hotel - Review: Got Off at the Wrong Floor 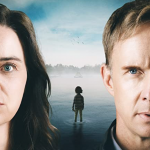 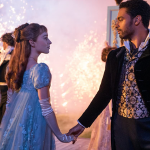 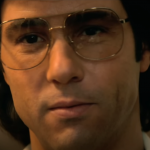 Review: The Serpent - The toxic charms of a killer 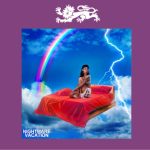