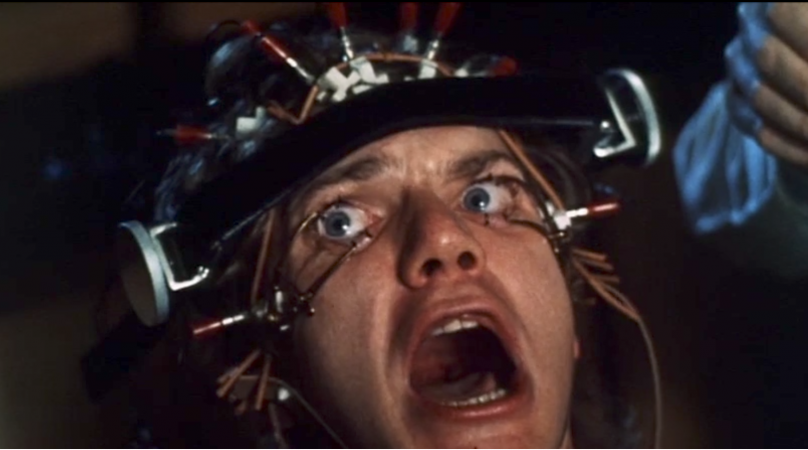 In 1962 English author Anthony Burgess (1917-1993) published his ninth and most controversial novel. Nine years later, Britain’s greatest living director risked everything to bring that story to the big screen. The book was A Clockwork Orange and the director was the incomparable Stanley Kubrick (1928-1999).

Now, forty-eight years later a new chapter is about to be written in the history of one of cinemas most debated masterpieces. In early April this year the estate of the late author began an examination of his archives located at his former home in the small village of Bracciano, near the Italian capital. There they unearthed something that until that moment no living person knew existed; a manuscript for the planned sequel to A Clockwork Orange entitled A Clockwork Condition. The 200-page document continues the story of delinquent psychopathic teenager killer Alex and his life in a dystopian Britain of the near future. The question now is what is to become of the script? Will it be adapted into a novel, a TV series or, mostly promisingly, a feature film, and if the latter is to become reality, who should be brought in to bring the script to life?

To understand why any future media adaptions of the text are so important, we must first understand the context in which the film adaptation of A Clockwork Orange was created and the impact this had on cinema. By 1971 the Cold War was still an existential threat to all life on Earth, on the streets of Britain un-employment and violent crime were at their highest levels in decades and the spread of post-structuralism throughout Europe saw people questioning that which they had previously held sacred; religion, the state and most importantly, the promises of modernity. Into this atmosphere in 1971 Britain’s most successful and respected film maker since Hitchcock, Stanley Kubrick released A Clockwork Orange.

Whoever is chosen has the unenviable task of following in Kubrick’s footsteps.

The film featured a young Malcolm McDowell (Caligula, Franklin & Bash, Slipknot’s Snuff) as 15-year-old Alex DeLarge, the leader of a nihilistic gang of thugs and rapists called the ‘Droogs’ who spend their days committing acts of ‘ultra-violence’ against citizens of near-future Britain. The themes of juvenile psychology, gang culture and hopelessness resonated with audiences at the time. Unfortunately (but sadly predictably) the films message was ignored by established voices in government and the press who blamed the film for acts of real-life violence on Britain’s streets. In this atmosphere and wary of his reputation, Kubrick pulled the film from cinemas and stipulated that it must not be re-released until after his death. Thus, the legacy of one of cinemas most controversial films was sealed. Because of these themes and the threat to his reputation by comparisons to real-life crimes in the conservative press, Kubrick pulled the film from cinemas. Now however, these themes are more commonly featured in media and if anything, have only become more relevant as time has passed. Now feels like the right time for Alex to make a comeback.

With an adaptation almost certain to be coming soon the big question is – who is to be trusted to bring the film to the big screen? Several names have already been thrown around by fans; David Lynch, Martin Scorsese and Darren Aronofsky among many others. For me though there are two who I would love to see get the job. My first choice would be Alfonso Cuaron of Children of Men & Gravity renown. His dystopian credentials are secured, and few are as visually assured as a director than the Spaniard. If not him then my second choice would be Paul Thomas Anderson (Boogie Nights, There Will Be Blood). While there is nothing in his back catalogue that shares themes with A Clockwork Orange Andersons ability to create complex, emotionally driven characters is second to none. Whoever is chosen has the unenviable task of following in Kubrick’s footsteps. We can only hope they approach the project with the knowledge of the enormity of the task ahead and the confidence to make something that is worthy of the legacy of both Burgess and Kubrick.