An Ocean of Award Ceremonies 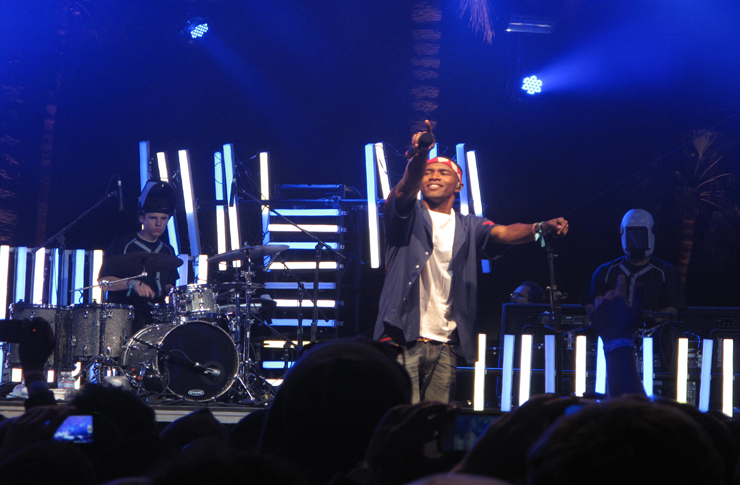 Award ceremonies seem to always be surrounded by controversy of some sort and next year’s Grammy’s have already started to live up to that expectation. American musician Frank Ocean has made the decision not have his music represented at the 2017 Grammy Awards, despite its blazing success, because of the lack of representation in the award business. Ocean finally returned in August, after a notable four year absence, with Blonde, his second studio album. The hype and success surrounding it makes his decision to abstain from the Grammy selection even more of a powerful statement.

“Award ceremonies are too narrow to be relevant”

In a New York Times interview Ocean accepted that the institution of the Grammys may be important but explained that they ‘don’t represent people who come from where I come from, and hold down what I hold down’. His point that in the past thirty years only six black artists have won a Grammy brings into question whether award ceremonies are really relevant to modern music.

Part of me wonders whether awards like the Grammys are slowly becoming a thing of the past, recently they have just become a drama-filled show (e.g. Nicki Minaj’s iconic ‘Miley what’s good?’ moment and Kanye West vs. Taylor Swift in 2009). A lot of the award shows are catered to a younger audience, focusing on the ‘Top 40’ rather than as an actual celebration of the diverse music out there. MTV may be guiltier of this than others but many of them can be accused of just replacing musical talent with scandal in order to get people talking.

Not only are they overly dramatic, the lack of representation puts them out of touch of huge parts with the music scene. The American Music Awards last week saw Ariana Grande given the title of Artist of the Year while three of the five other nominees were pop artists. Modern award shows don’t seem to be able to recognise music’s diverse and wide-ranging nature and arguably they are just promotional opportunities for the music industry rather than something which actually honours the work that artists put into their music.

But what does Frank Ocean’s kind of protest really mean for the music award industry? His gesture may be a subtle one but the impact it could have on other artists and the message it sends could suggest that maybe award ceremonies are too narrow to be relevant. The American Music Awards had their lowest ever figures in the show’s history and though the Grammys are often more successful in this respect it doesn’t really mean that they’re necessary. If they aren’t being representative of the wide range of music available to them are they losing their purpose?

Ocean isn’t the first artist to boycott or criticise an award ceremony and definitely won’t be the last but on the other hand the recent AMAs provided Green Day with the opportunity to chant ‘No Trump, No KKK, No Fascist USA’ in the middle of their performance. Award shows may not be representative of music but they clearly provide the perfect platform to make a protest.