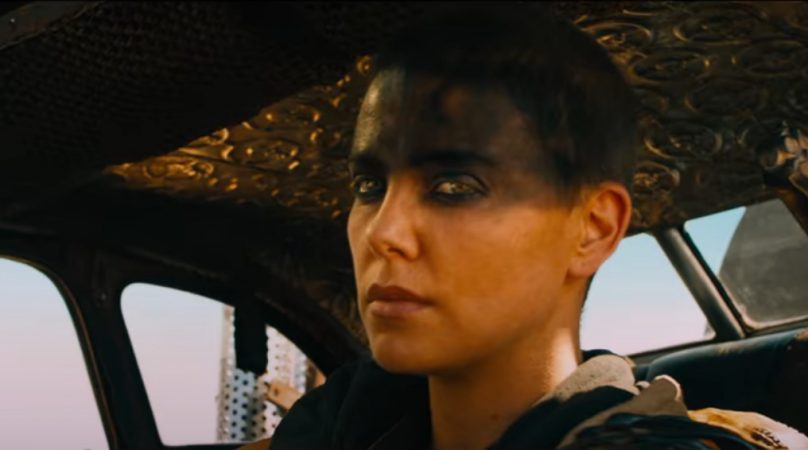 The announcement comes after years of doubt and speculation about the future of the Mad Max franchise and appears to suggest that Furiosa has finally been given the green light. What a relief! To have rebooted the franchise so spectacularly with 2015’s Fury Road, only to then have it go away again, would have been too cruel.

The film’s focus on Imperator Furiosa seems logical for it was her character, not Max, who stole the show in Fury Road. She was a total badass: her cropped hair, her itchy trigger finger, her fearlessness behind the wheel. Not since Sigourney Weaver’s Ripley had we seen such a strong female action hero on screen. Charlize Theron truly owned the role. The fact that Furiosa only had one arm was incidental. Her disability did not define her, putting paid to the Hollywood idea that a disability is something that has to be overcome. Quite rightly, the character received widespread acclaim as a positive role model.

Since her breakout role in the brilliant supernatural horror The Witch, the twenty-four-year-old Argentine-British actor has built up an impressive CV of strong female characters

Furiosa looks to tell more of the character’s story and explore her origins. Hence the recasting of a younger actor in the role. Fans will inevitably be nervous about Theron’s replacement: taking on a role made iconic by someone else is no easy task. But if anyone can do it, it’s Anya Taylor-Joy. Since her breakout role in the brilliant supernatural horror The Witch, the twenty-four-year-old Argentine-British actor has built up an impressive CV of strong female characters across a number of different genres. A post-apocalyptic action film should be no problem.

She’ll have plenty to work with. Fury Road was in development for fifteen years, in which time writer-director George Miller created detailed backstories for all his new characters and even wrote a full-length screenplay about Furiosa to help with Theron’s portrayal of her. Clearly, then, this new film is not a cash grab, but something that has been dear to the director’s heart for a long time.

What story Miller will tell, though, we don’t yet know. Perhaps we will learn how Furiosa came to serve under Immortan Joe. Or, more likely, given we already know what happens to Joe, we will get a completely new tale – a prediction supported by the hiring of franchise newcomers Hemsworth and Abdul-Mateen. No doubt we will learn more about the Green Place, that once-fertile area from which we know Furiosa was snatched as a child. A younger version of this character would necessarily be closer in years to that trauma, so it follows that this event would be rawer for her and play a bigger part in her standalone film.

But don’t get too excited. No release date has been announced for Furiosa and work is unlikely to start on it until Miller has finished his current project, Three Thousand Years of Longing. Let’s just hope we don’t have to wait that long!

Newcastle’s bookshops: a tale of quality over quantity

✍🏼Join our weekly write in sessions, each Sat

It’s our last print issue before lockdown so be