Finlay Harbour delves into the Black Panther soundtrack and discusses its musical importance...

Far from an avid Marvel enthusiast, l had originally assumed the Black Panther film had something to do with the ‘The Black Panther Party’ and its association with the ‘Black Power’ social justice movement in the 1960s.

Kendrick Lamar then, hip-hop’s leading socio-conscious light, seemed an unsurprising choice as chief curator of the film’s musical accompaniment. Evidently a superhero movie, I expected a less obvious connection, yet director Ryan Coogler did choose Kendrick for his thematic similarities with those addressed in the film, and it was soon clear why.

The fictional nation, Wakanda, poses as a third world African country. It is typical in its rich history, spirit and cultural vibrancy, whilst simultaneously possessing the technological force of a nation only commonly perceived in Western Civilisation. This context facilitates themes of black identity, power struggle and kingship, a momentous moment in black cinema; all the elements of a Marvel box office hit, punctuated by an underlying social agenda.

The album works in a similar form. There are moments of introspectiveness and empowerment that mirror those in the film, namely Kendrick’s performance in the album opener ‘Black Panther,’ and the track ‘Seasons.’ The latter features South African native rappers Reason and Sjava, lending an authenticity to the album’s Afrocentric connection to the film. Equally, there are moments that bare little relevance to these themes, notably Travis Scott’s verse on ‘Big Shot’ which adopts generic trap phraseologies. Having said that, this song is still an undeniably successful continuation of the trap flute phenomenon, which exploded into the mainstream last year through Future’s ‘Mask Off’ and Kodak Black’s ‘Tunnel Vision.’ A demonstrably exciting formula then and it is this accessible premise that resonates with the film most successfully.

The production is extravagant, punchy and uplifting throughout

Although the album might not push the same sonic or political boundaries to the extent of Kendrick Lamar’s previous solo projects, this is unimportant in the context. The production is extravagant, punchy and uplifting throughout, a more suiting characterisation of the film as well. Aside from Kendrick’s intro, pop-rap bangers ‘All The Stars’ and ‘Pray For Me’ bookend the project, truly embodying the shared epic vibe of both the album and the film, the social agenda is secondary.

So what is the real significance of Kendrick Lamar and Top Dawg Entertainment’s involvement with this record-breaking Marvel epic? It serves as a reminder of a cultural shift. Historically, hip-hop has acted as a counter-cultural movement, particularly in the late 80s and early 90s through artists such as Public Enemy and N.W.A.. Over the past five years however, it has become the dominant music culture, and the album feels like a celebration of that fact— it is now playing the role of soundtrack to the box office film of the year. So, just as the film represents a triumph of black cinema in the main stream, the album feels like a triumph of black music too. Wakanda and the redefined potential of hip-hop are analogous. This album demonstrates this, cultivating traditional African-American and Tribal sounds, drawing influence from R&B, neo-soul, dancehall and even UK funky/ tribal house. These styles are all mediated, progressed and reintroduced into the mainstream in the form of glossy, expensive trap, pop-rap and experimental hip-hop production. In the same way, the film’s presentation of Wakanda is like a celebration of African culture, mediated by the next instalment in the high budget, technologically-advanced filmography of the Marvel Universe.

The Black Panther’s musical, cinematic pairing is an example of black music and cinema receiving the biggest audience and best financial backing. Black culture takes its place at the pinnacle of popular culture.

The onslaught of live albums: cash grab or super fab? 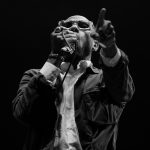 20 years on: Black on Both Sides 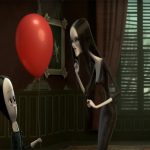 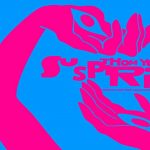 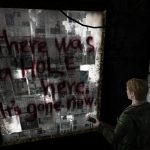 Creating an Atmosphere through Sound: How Video Games use Music 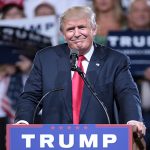 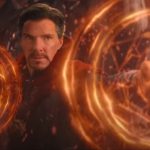 Doctor Strange set to appear in the next Spider-Man movie 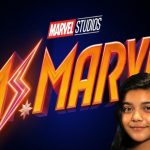