Oscar Wilde wrote that “There is no such thing as a moral or an immoral book. Books are well written, or badly written. That is all.” This epigram notably prefaced his only novel, The Picture of Dorian Gray, extracts of which were later used in court as evidence of Wilde’s homosexuality. In using this book as evidence, the lawyers argued that the text reflected Wilde’s own sexuality, which, within the homophobic culture of the time, was considered immoral. As such, this case exemplifies some of the important considerations when discussing the morality of literature.

“There is no such thing as a moral or an immoral book. Books are well written, or badly written. That is all.”

One of the assumptions in using literature in a court case is that we can find something about the author’s life and opinions through their work. Whilst this might be true to an extent, it is worth remembering that art is not necessarily an exact reflection and expression of its creator. By the same token, we should be cautious to assume that a book is immoral because we disagree with the author’s morality. These ideas and discussions have become particularly relevant today with the controversy surrounding J. K. Rowling’s personal beliefs and whether people should stop reading or buying her books (especially when in the latter instance she profits from the sales).

Art is not necessarily an exact reflection and expression of its creator.

On the other hand, some have perceived the themes of witchcraft and sorcery to be in conflict with Christian values in the Harry Potter series, resulting in “at least six book burnings for the series on record in the U.S.” We should therefore question whether the ideas in books are capable of influencing and harming the readers. Of course, there are many texts that discuss difficult and potentially offensive topics and it stands to reason that we as part of a consumer society might feel uncomfortable allowing authors to profit from this. But, at the same time, readers should be given the opportunity to decide whether to purchase these novels, not least because those that are banned often become more popular as a result (as might be argued of George Orwell’s 1984 and Animal Farm). Furthermore, literature provides a relatively safe space to explore so-called dangerous and questionable ideas and is therefore disconnected from reality and its more complex and often political implications.

This is particularly important given how subjective morality is and that, as the Wilde case shows, changes with time. With such individual definitions of morality, it seems near impossible for anyone to decide whether a book is moral on behalf of potential readers.

Then, as the Wilde quote implies, we should also question whether there is such a thing as a moral book? With such complex and different interpretations of morality it seems to be very difficult, if not impossible, to define this. With that in mind, we might question whether literature should even aspire to be moral, or, at the very least, strive to not be offensive? It would be impossible for anyone to define and categorise this in a way that would satisfy every reader and maybe this should not even be a goal given that literature has the ability to challenge our understanding of the boundaries between morality and controversiality in a relatively unharmful way.

At the same time, literature does not necessarily need to teach us lessons anyway, nor do they even need to be written well. Art can be all of these things or none of them, and whilst this might leave us with more questions than answers, it is this complexity and diversity that makes art so valuable. 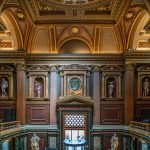 Why art galleries should be free to enter 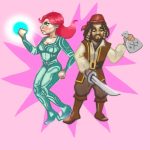 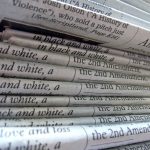 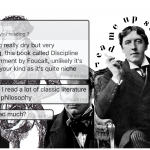 Read me up softboi 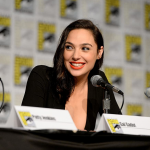 Is Gal Gadot the right choice to bring Cleopatra back to the big screen? 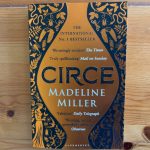 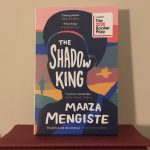