City University students put freedom of speech to the sword 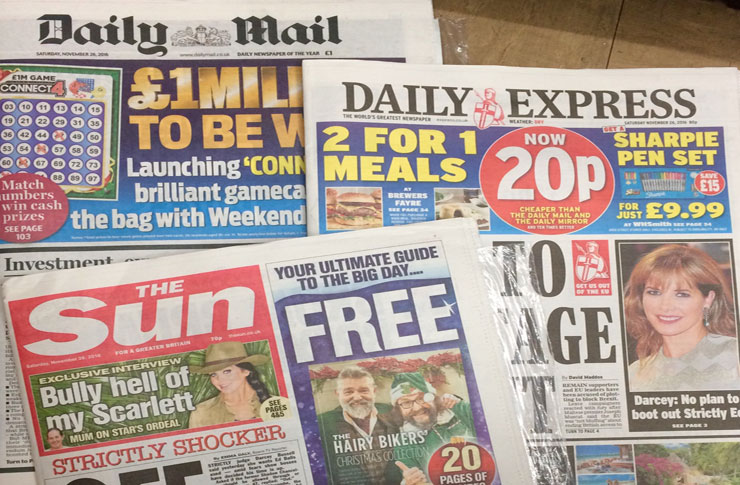 Students at City University, London, have voted to pass a motion to ban three right-of-centre national newspapers, from its campus.

The prohibited publications on the City University campus include The Sun, The Daily Express and The Daily Mail following the students union vote against them in a motion entitled: “Opposing fascism and social divisiveness in the U.K media”.

A similar ban was introduced by the Newcastle University Student’s Union, who elected to ban The Sun and in support of the ‘No more Page 3’ campaign .

During the student union’s annual general meeting (AGM), students voted on the motion in response to articles that the named titles have recently published. The articles included stories that were said to ‘demonise refugees’ and ‘Islamophobiac stories’.

The motion’s proposer clarified that the move did not ban the possession of the said newspapers on campus but would prohibit their sale.

The ban was also suggested to extend to other publications; the specific newspapers highlighted ‘were merely used as high profile examples’.

When asked if the newspapers were currently being sold on campus, the proposer was reportedly ‘unsure’.

Yusuf Ahmad, The president of the University’s student union, said: “The union is currently unaware of any outlets on campus selling the mentioned media publications. As with all motions, the union will be considering how it implements this.”

The student union’s decision to ban media publications from the campus has raised fears that it could damage the reputation of the University’s Department of Journalism, one of Britain’s most acclaimed journalism schools.

On the City University’s website, The Department of Journalism is described ‘as a leader in its field’ and boasts ‘an unrivalled record of getting graduates into the best jobs in journalism’

The University’s symbolic vote also raised concerns that it was an infringement on free speech however, the motion’s proposer stated that the move was ‘not seeking to stop free speech, but instead to promote positivity in news stories’. The proposal stated newspapers had used their ‘freedom of speech… to attack the weakest and poorest members of society’.

Arguments against the motion stated the need for an open dialogue at the University stating that, ‘diversity should be embraced and talk about why newspapers publish stories as they do’.

City University journalism student, Tony Bennett, in a ‘student blog’ for The Guardian, said that to ban the publications was ‘to ignore the realities of modern Britain.’

‘These are issues that need to be debated, contested, argued. Shooing them away simply doesn’t work.’ Bennett continued.

The Department of Journalism have initiated campaigns against the motion, setting up hashtags on Twitter such as ‘#CityAgainstCensorship’ and the filming of a mannequin challenge, to campaign for free speech.

The proposer of the motion had also been in contact with the campaign group ‘Stop Funding Hate’, the group, which recently concentrated efforts on persuading the LEGO Company to cease all product promotions with the Daily Mail.

The Danish toy company announced that they were ‘not planning future promotional activity’ with the Daily Mail, following the backlash against the newspaper.

The students union’s proposal passed with 69 for and 54 against, with a number of abstentions.