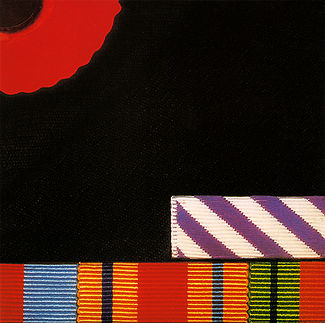 You all know the legendary Dark Side of the Moon, however perhaps only the die-hard Pink Floyd fans will have come across the completely underrated masterpiece that is The Final Cut.

Now I have to admit, I am not actually a hardcore Floyd fan – I didn’t go through a stoner or a rockhead phase and to be honest I am such a fake that I probably could not name their most popular song. However, I was utterly and completely stopped in my tracks by this album.

The first time I heard it was in the car with my family and despite being an irritatingly talkative eight year old, I sat silently listening to Roger Walters crying “Maggie, what have we done?” As an eight year old, I was initially mesmerised by the sounds of air raids and radio communications that certainly reflected a revolutionary change to the way music was shaped and developed in the 80s.

“As an eight year old, I was initially mesmerised by the sounds of air raids and radio communications “

Revisiting The Final Cut years later I discovered that the post-war sounds and the reference to “Maggie” was the band’s subversion from the political situation under Margaret Thatcher. Lead singer said “The Final Cut was about how, with the introduction of the Welfare State, we felt we were moving forward into something resembling a liberal country where we would all look after one another … but I’d seen all that chiselled away, and I’d seen a return to an almost Dickensian society under Margaret Thatcher.”

The anti-war album therefore resembles a haunting reality that the “dream” was not achieved and instead Britain had betrayed the men who lost their lives for a better country.

An insight into the desire for solo projects