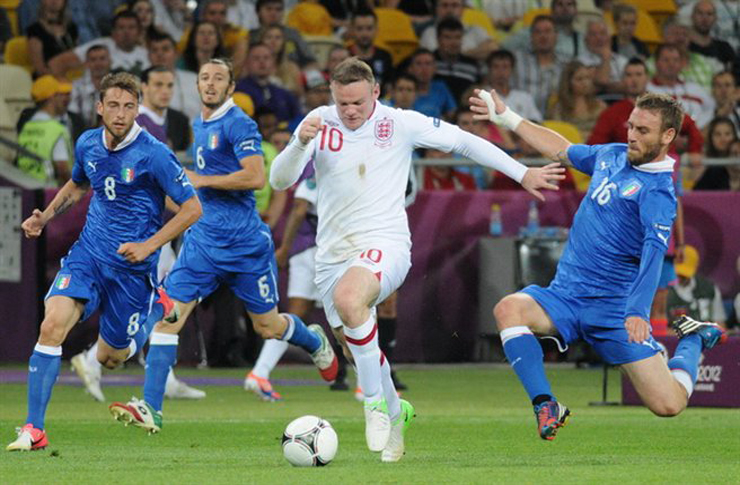 As long as England continually have managers that are of similar calibre to Gareth Southgate in charge of the national team, we will never reach the success we all so desperately crave. When Jake Livermore is repeatedly selected – you know you’re in trouble. Our problems though, lie far deeper than our shoddy squads. For as long as our players at all levels refuse to go abroad, we will be continually disappointed every two years.

Rather alarmingly, unless Scott Sinclair scores 900 goals for Celtic this season, when we arrive in Russia next summer we will be the only nation to select 23 players from one league. Iceland will be the only nation that picks 23 players that have rhyming surnames, but that’s not as concerning. This worrying truth certainly isn’t the fault of the manager. There is simply no one to pick from outside of England, or even Britain. If Jay Bothroyd gets a call up for scoring goals in the Japanese League, I will stand corrected.

At no point in my living memory can I remember there being such a negative atmosphere surrounding the national team, which means that it’s as bad as it was during the reign of the ‘walley with the brolley’. Attendances at Wembley are dwindling, and for those watching at home, we all leave the couch after an England game declaring confidently that we have wasted another ninety minutes of our lives.

It is not even a question of our best players not going abroad, it’s a problem at all levels. Too many English players are content to stay on the bench in the Premier League rather than testing themselves in another top division in Europe. As fans we agree that there are too few English players starting regularly in the league, but the refusal of our players to go elsewhere is arguably more damaging on the national team. The biggest issue with a lack of English players in the Premier League stems from the fact that there is too much money and status attached to our league. This is a trend that that will only get worse and the best foreign players will continue to flood the league. To combat that, though, our players just need to go the other way.

Whether its laziness or simply technical inferiority, it’s hard to know the exact reason for our footballers’ xenophobia, but even at its height there have been few English exports. Yet David Beckham, Gary Lineker, Paul Gascoigne and the pundit we all know and hate, Glenn Hoddle, have all shown the benefits that time abroad provides.

A new culture, a new language and a new style of football are invaluable, beneficial challenges that English players refuse to get their teeth into. A comparison with our rivals shows we simply don’t compete with our international counterparts in this department. There are 95 French players playing outside of France in Europe’s other top 5 leagues (England, Spain, Portugal, Germany and Italy). Comparatively, there are 22 Italians, 25 Germans, 39 Portuguese, and 63 Spanish players plying their trade outside of their home nation. A mere 5 English players are currently outside of Blighty. I therefore challenge the likes of James Ward-Prowse, Jesse Lingard and countless other serial benchwarmers to take a year or two away from fish and chips – and our international form may just improve!