Even though Slovakia is not such a well-known country, in terms of natural beauty or rich history it has a lot to offer. Although the city centres of Bratislava and Kosice or Tatra mountains are worth seeing, there’s so much more. Let me present you some of my favourite places in the heart of Europe. […]

Even though Slovakia is not such a well-known country, in terms of natural beauty or rich history it has a lot to offer. Although the city centres of Bratislava and Kosice or Tatra mountains are worth seeing, there’s so much more. Let me present you some of my favourite places in the heart of Europe.

Museum of the Slovak Village

Starting off strongly with going back to the roots of the Slovak people. Since Slovakia was a part of Austria-Hungary in the 19th century, which is the village inspired by, most of its population lead a rather simple life that is beautifully depicted in this museum. The village consists of example houses (you can enter the furnished ones as well!) from different regions all over the country. And what could be better than a massive portion of “bryndzove halusky” (a traditional Slovak meal) after a walk through the history?

The only place from the list I haven’t visited yet, but it sure is on my bucket list! Not many people know that the parents of the king of pop-art were born in today’s Slovakia. The museum is divided into three sections: one dedicated to of Paul and James Warhol, another one exhibits authentic material connected to the origin of the Warhol family and the last but definitely not least displays 160 Andy Warhol’s works, such as Red Lenin.

The Dunajec River flows through Pieniny National Park and creates a natural border between Slovakia and Poland. This destination is quite popular for the traditional rafting with amazing views of the surrounding mountain massif and woods. Originally, this route was used to transport wood to the coasts of the Baltic Sea. After each successful journey, a raftsman received one seashell that would be put onto their hat belt.

A little further from the city centre of Bratislava, in the borough of Devin, you can find the ruins of Devin Castle. Since the ancient times it’s been an important place for the inhabitants, whether as a place of pagan rituals or as one of the first churches in today’s Slovakia that was built here during Great Moravian period. In the more recent years, it was destroyed by Napoleon’s forces and after a visit of a leading figure of Slovak national revival, it’s been a national symbol till these days. Moreover, the whole area is lovely, especially with the view of the Danube river.

The first cave I ever visited, so it’s near and dear to my heart. I’m not a sporty person so I was complaining all the way hiking up towards the entrance. However, as soon as I stepped in, I was transported into a different world. A world full of calming darkness, surprisingly fresh air, unfinished processes of stalactite and stalagmite formation and pure beauty, which was there for me to see.

Thanks to such trips, I’ve fallen in love with my home country and as there’s something for everyone, I believe you will too. 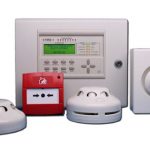 An alarming first trip to NCL 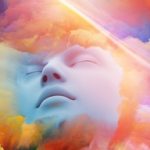 What are our dreams trying to tell us?

A piece of clothing that gives me confidence 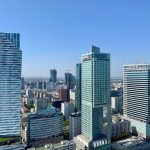 Christmas Around the world 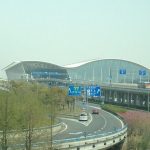 Saying Shang-hi to the world

Studying in Your Room: A Bedroom or a Study Space? 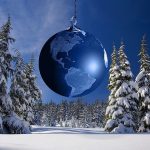