Fantabulous film titles & why they matter 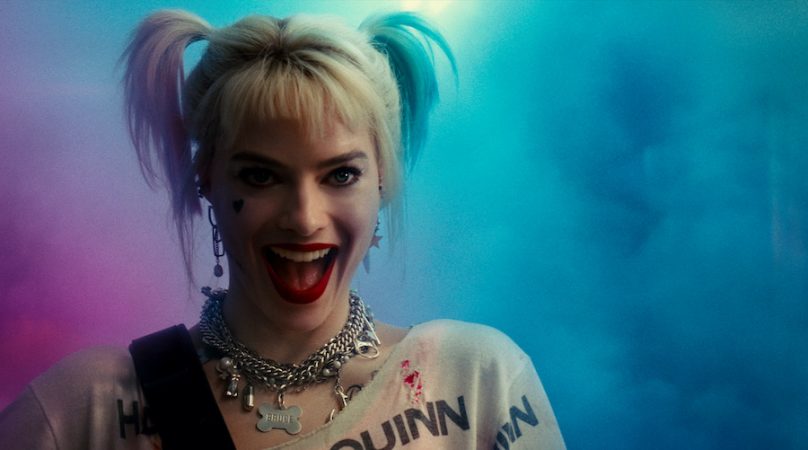 Earlier this week, following a disappointing box office opening, it had been reported that Warner Bros. had elected for Birds of Prey (And the Fantabulous Emancipation of One Harley Quinn) to be retitled Harley Quinn: Birds of Prey. This was later clarified to be a kiosk and database change to make the film easier to find and identify – not an official change. Still, that didn’t stop the conversation over what makes a film title great or far from it.

While most blockbusters, particularly in the comic book department, usually have what-it-says-on-the-tin titles, other films present themselves with a more enigmatic veil. Here are five films that got the title just right.

Kicking of the list is the Best Picture winner of 2020’s Academy Awards and like most Best Picture films, Parasite has a title that is deeply resonant with its themes. The film itself follows a lower-class family as they try to infiltrate an upper-class family as unrelated members of the help. The film’s title immediately echoes the film’s lingering feelings of drainage and struggle to take control of a host. Without spoiling too much of 2019’s must-see black-comedy, “Parasite” is as much a question as it is a statement, allowing audiences to reflect on their own preconceptions before and after the film.

When I think of “Blade Runner” I think of something very slick and very violent – the film isn’t overly either. But that’s beside the point, as the title sets up a shiny Sci-Fi film and delivers a dirty, neo-noir, Cyber-punk thriller with morally grey edges and unanswered questions at its core. A “misdirect” to say more simply. The title itself refers to the “protagonist” Deckard (Harrison Ford), a retired “Blade Runner” that decommissioned the android “replicants.” Despite the tonal misdirect, the allure of the title never really fades but rather solidifies its place in the back of your mind, certainly a lot more so than its source material’s adorable title: Do Androids Dream of Electric Sheep? (Phillip K. Dick, 1968).

The epitome of an era, The Breakfast Club is the quintessential coming of age film that remains popular 35 years on. But what makes the name so brilliant? Well, it immediately identifies itself as a high school romp, which is exactly what it is (unlike Blade Runner’s misleading implications). But what’s better still is the undeniable fact that The Breakfast Club sounds like a young indie rock/new wave band from New York. This is undoubtedly brilliant when considering the film’s signature use of its soundtrack, as well as its angsty teen spirit, rebelling against all labels and implicit identities.

I’m sure some will consider this cheating because it takes its title from the eponymous 2004 novel, by Swedish author John Ajvide Lindqvist. Nevertheless, the title perfectly encapsulates the mood for this Vampire Romantic Horror, alluding to the classic vampiric lore that they can only enter your house once invited in. This doubles with the romantic plot – between a young boy and a vampire girl – as letting the “Right one in” conveys the emotional nakedness and risk that the boy engages with in this relationship. Not to lose its credibility as a horror piece, the beautiful vagueness of the title elicits an eeriness and paranoia that brings this entry in the vampire canon to life – at least as much to life as you can with a vampire.

Okay, I know I said that what-it-says-on-the-tin titles are lame, but there’s just something about Kill Bill that puts it head and shoulders above the rest. First of all, it rhymes. I can already hear your “no shit” through the monitor. But it does! And that’s not something we should take lightly. I first watched Kill Bill when I was fifteen, but the film had been in the back of my mind since the early age of seven when I saw its title on the TV listings. That kind of long-lasting impression doesn’t come very often and yet its something that we usually take for granted. Secondly, it’s not just a what-it-says-on-the-tin title. The words “Kill Bill” all are actually issued by Uma Thruman’s character – The Bride – in an iconic fourth wall-breaking monologue. The statement is sharp and imperative, at once eliciting the strength and focus of its femme fatale. It’s rare that a title is used to enhance its protagonist, rather than the film as a whole, but Kill Bill achieves this in stellar fashion, consolidating its place as one of the all time great movie titles.


A huge thank you to the courier team including edi

A grey day in Newcastle ☁️ –
Cheer yourself up