In this week’s column of shame, Calum Trenamen returns with another guilty pleasure - Spy Kids 2: Island of Lost Dreams. Will childhood nostalgia prevail?

YES! Remember this gem from our childhood? If you don’t, you have my sympathy. There must have been an absence of something in your formative years, which is probably why you’ve started your adult life with an inexplicable emptiness that won’t go away no matter how many trebs you consume.

Okay, so Spy Kids 2 isn’t the best movie. It’s not even the best movie in the franchise. The original was the best with both critics and audiences. Although there are some moments of cringiness and it is painful at times to watch Antonio Banderas just collect his paycheck, there is still something so endearing to me about this film.

It possibly stems from being a little brother to an overachieving older sister. While the protagonist Juni was just this in the original, he comes into his own here, being a cool spy and chatting up the President’s daughter. Maybe on its release, 6 year old Cal lived vicariously through the Juni’s adventures.

Spy Kids 2 takes it up a notch and tops the first with the addition of spy rivals Gary and Gerti Giggles (best use of alliterative names in cinema history?), adding competition for Carmen and Juni. While there is no George Clooney cameo in this one, instead we get Steve Buscemi as the cowardly Romero, whose hybrid animal creations have got out of control forcing him into hiding. He is joined by C-lister Bill Paxton as a Texan theme park owner and D-lister Christopher McDonald (Shooter McGavin of Happy Gilmore) as the President.

On the face of it this movie sounds completely absurd and without sense. Honestly, yes, it doesn’t make much sense. The script is dire and the acting from everyone, not just the child actors, is terrible. The CGI is awful and there are points where you laugh at the film, not cheer with it.

However, even now I cannot escape the great sense of nostalgia and warmth that this film gives me. The spy gadgets are still cool and the lifestyle is still wondrous. Deep down didn’t we all want to be Spy Kids? And more importantly, don’t we all wish we were?

Ultimately, if 2016 has taught us anything, it is that we need to reach back into our past to find some happiness and joy to cling on to, because fuck knows where we’re going to find it in the future. 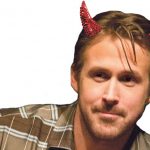