Has fatphobia been exacerbated by the Pandemic?

Any fat person will tell you that society wasn’t particularly kind to us in a pre-pandemic world. But now the story is significantly worse. Combining medical discrimination, diet culture and a mental health crisis was always going to lead to tragedy and there is no doubt in anyone’s mind that this pandemic has been a truly tortuous time to be fat.

Health and body positivity have always been treated as though they are mutually exclusive. It seems impossible to anyone that you can be healthy and plus size, despite the evidence that bodies can increase or decrease in weight for a number of reasons excluding an unhealthy lifestyle. In the middle of a public health crisis, a certain sense of forced obligation fell on fat people to lose weight so we were less at risk. Including the Prime Minister saying he was ‘too fat’ before he got COVID, and so he went on a diet. This thinking prompted the government to introduce a number of unhelpful measures, like putting calorie counts on menus and generally shaming the country into thinness. Ignoring the fact that the measures were completely useless at getting people to lose weight, because that’s not how diet and nutrition work at all. This contributes to the sense that fat people are a burden, that they need to lose weight so they don’t take up space in hospitals or waste doctors time when they’re sick. The pandemic exacerbated the way fat people are seen in this way, and the government has contributed to the idea that it’s irresponsible to be fat.

It also speaks to a bigger issue of medical discrimination. Whilst I can’t speak for all fat people, I can tell you walking into a doctor’s office while fat is a gamble, because there is always a chance that you’ll be told that any medical ailment you’re suffering from is somehow linked to your weight and that if only you became instantly skinny, your suffering would end. This attitude in the medical sphere has always been dangerous but particularly now, when it is crucial that people get the medical help they need, the way we treat larger bodies is shameful and deadly.

Diet culture as well has sunk its claws into the pandemic. Influencers tell us how they lost weight during lockdown whilst most of us are simply trying to survive a global health crisis, and the sense that we are being shamed for eating more when we are stuck inside the house all day has been pervasive. The attitude that seems to be so prominent on social media that lockdown is a chance for self-improvement rather than survival is inherently fatphobic and toxic. It is rooted in a company’s need to sell you ‘detox teas’ and diet plans so they can profit from the misery that this pandemic has caused. There is no escaping the fact that we’re living through a difficult time, and call me crazy but I completely understand if people want to eat some cake to deal with that. It’s especially reckless for companies to push this idea when we are living through a huge mental health crisis, when life is already so difficult for people that suffer with eating disorders. The idea that we are supposed to buy into the idea that we need to go on some mission for self-improvement and lose weight during this time is entirely reckless.

Generally I’m very content being plus size, I like my body and I feel confident in it, but despite that there have been times when the atmosphere created in the pandemic made me doubt myself: it made me think that I should be calorie counting and trying to change myself. It's an incredibly dangerous time for people who suffer from dysmorphia and eating disorders, because if I hadn’t had that confidence going through this pandemic then it’s more than likely that old habits would have resurfaced. So it’s incredibly dangerous for people to exploit the vulnerabilities that fatphobia has ingrained in us. The real lesson of the pandemic should have been that life is too short to shame yourself for snacking. 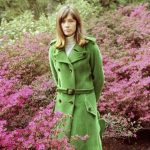 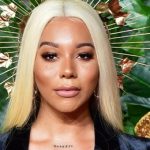 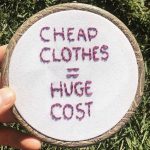 The history of fast fashion 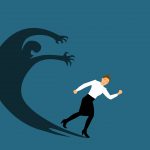 Phobias: how to manage them in day-to-day life 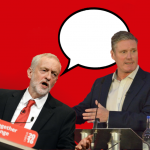