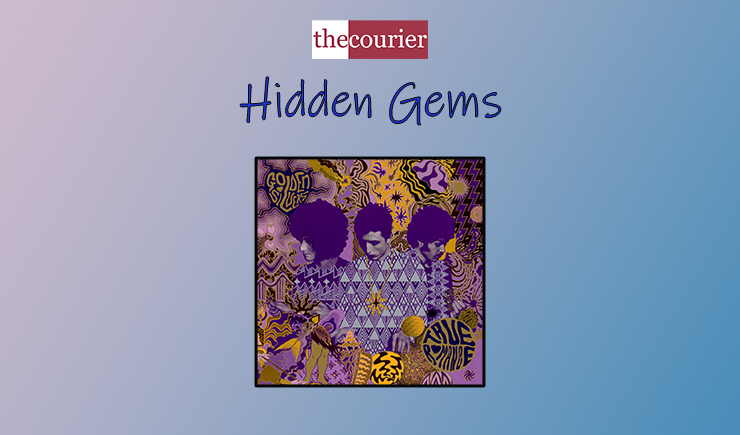 My favourite ‘hidden gem’ album is ‘True Romance’, a 10-track LP released by The Golden Silvers in 2009. I don’t really know how I came across this weird and wonderful piece of music, but I know that it was from an obscure curated playlist on Spotify – God bless the algorithm.

This group were self-described ‘indie-rockers’, but without guitars – this certainly averts the standard expectations for the genre, which is far more common nowadays but would’ve been a unique and seemingly odd approach at the time. Fortunately, I think they pull off their distinct sound and production approach wonderfully, with a very alternative vibe focusing on edgy keyboards backing up a strong almost Morrissey-like vocal delivery, occasionally supported by acapella elements, such as in stand-out track ‘Please Venus’. This is all overlaid with synth-pop and dance effects and production which make it hard to classify or even date accurately.

As suggested by its title, this record uses flamboyant songwriting to discuss elements of love and relationships using metaphors and mythological reference that give it a deeply-embedded feeling of grandeur throughout. Although lovey-dovey indie-pop by a white boy-band is super common in 2020, this group did it way before it was mainstream and with a clever spin that I have never seen before. The whole thing almost comes off as psychedelic – I seem to come up with new adjectives every time I listen somehow.

There were mostly mixed reviews when this was initially released, which is understandable as it was weird then and it still pretty weird now. NME even gave it 4 stars after saying “Golden Silvers may well be the worst idea for a band ever conceived” and also “this is one of the most special debuts in ages; a veritable feast of ideas, speculative fancy and fun” – both in the same paragraph. At least my confused reaction isn’t unprecedented!

The songs aren’t really punchy enough to succeed as mainstream singles, as the runtime is just a couple of minutes too long, but as a full listen it is a wonderful experience. There are certainly some tracks that are worthy of being added to your playlists though. The highlights for me are the 3 singles, which were certainly well-selected, and the starting and finishing bookends of the album.

‘Please Venus’ is my favourite, starting with a synth riff intro and piano backing that leads into a chill verse that seems to discuss the Greek Goddess of Love and her own experience with heartbreak. The catchy chorus and fun vocal backing would totally work if this was released today – just watch this music video for some class sad indie-boy vibes:

The title track also stands out as a fast-moving dance track that rants about how love forces you to change yourself to complete another. This tune shows some serious funk and electronic influences and it’s easy to see why it was the title-track. This was even played live on a few TV shows, and these performances just increase the intrigue of the band even more.

I won’t discuss every song in detail (I could though), but I highly recommend you listen through the whole thing and form your own opinions. I would love to hear more from this trio, but sadly they split up shortly after this debut and have become a largely forgotten name in the music world after such a short time together. However, frontman Gwilym Gold has put out some more recent solo records that lean even more into the edgy of indie-electronic and continued to innovate and confuse critics, so at least there is more material from him to explore (‘Greener World’ gives a small taste).

Overall, this album births a plethora of reactions and I recommend you listen through yourself. It’s easy to see a wide variety of influences that Gwilym has drawn together here; theological poetry, boyband love songs, rock, jazz, dance… whether this is done cohesively is a matter of opinion. You may hate it for being too strange, or you may fall in love with a relic of the noughties that was ahead of its time and deserved more attention for its innovative indie approach – just as I have.

Album Review: The Aces – Under My Influence


In Lifestyle’s first instalment of their ‘over