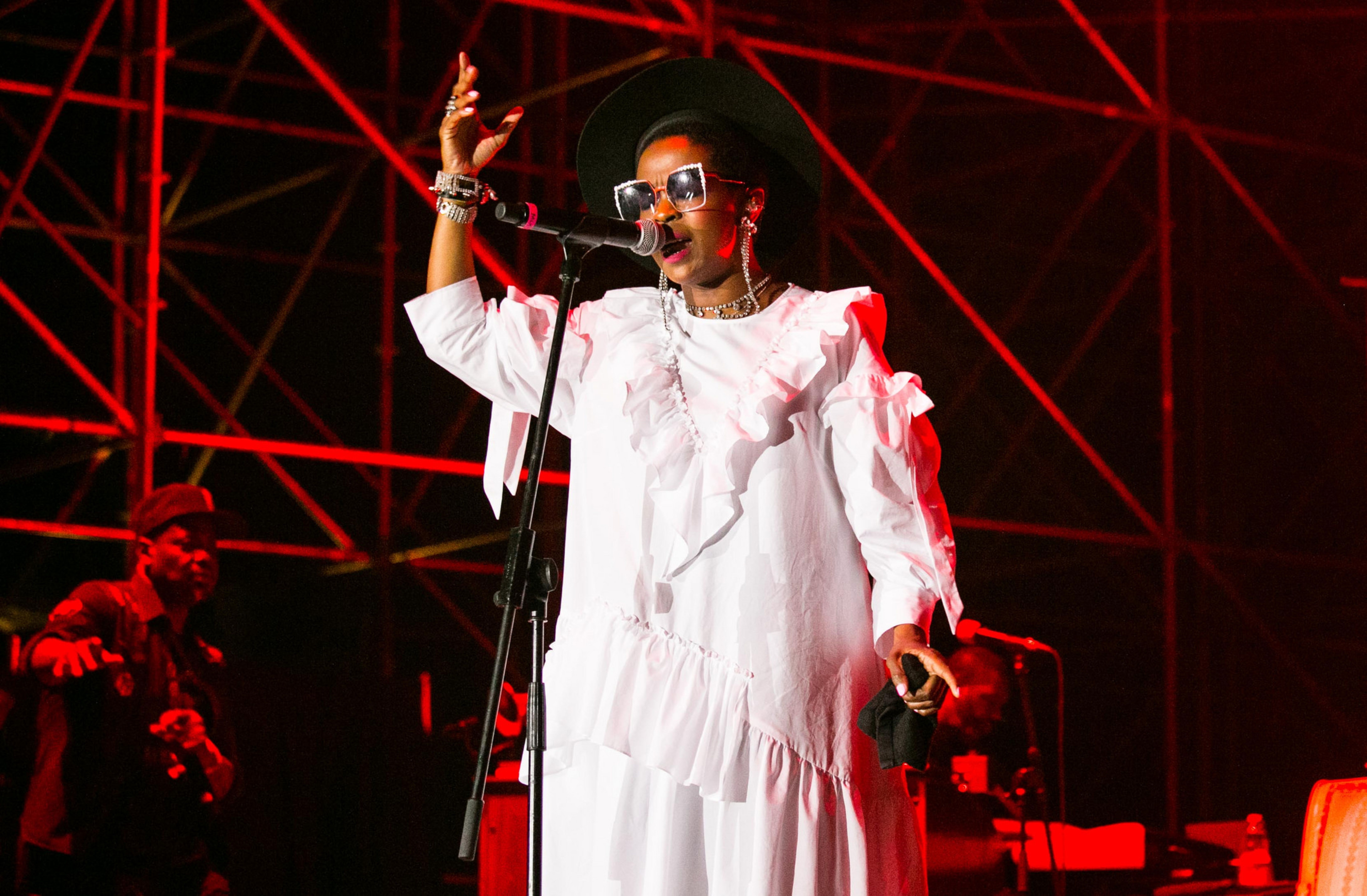 Supporting Lauryn Hill over the past 20 years has, for many, been a thankless task – the labour of a love which has been, on the most part, unreciprocated. Bar one rambling live album in 2002 which many now see as the product of a period of intense mental instability for the singer, fans have had to endure an almost complete drought in terms of new music from Ms. Hill. There is also, of course, Lauryn’s incessant habit of turning up hours late for gigs. She recently announced she would be performing in Oakland for a special New Year’s Eve concert. Knowing the singer’s track record, she’ll probably arrive on stage some time around April.

It was therefore no surprise for those in attendance at the Manchester Arena to be waiting for well over an hour after the advertised time for the legendary neo-soul singer to make her bow. In a way, I enjoyed this period of anticipation. Perhaps this is an instance of some sort of musical Stockholm syndrome but Lauryn’s relaxed attitude towards punctuality has become such a common feature of her gigs that it would not have felt like a truly authentic experience had she arrived on time. Having said this, I did not have a train to catch. Nor was I waiting outside the venue on a typically rainy Manchester evening to pick someone up. Paying customers unquestionably have a right to be indignant about this laissez faire approach to starting times.

The fact that the 21,000-capacity arena was packed to the rafters despite this approach being common knowledge is an illustration of the enduring appeal of one of the all-time classic 90s Hip Hop/RnB albums. Fans expecting to see a carbon copy of the Lauryn Hill who released Miseducation in 1998 however will have been surprised to hear a performer whose delivery has moved away from the silky, luscious vocals of 20 years ago toward a more raw and erratic style.

While her performance style may have changed, her immeasurable charisma and stage presence have not. Nowhere was this more evident than in the opener, ‘Lost Ones’. Ms. Hill belted out the timeless lyrics in a version of the song which featured a raised, almost manic tempo. By no means was this the only outlandish performance of the night.

Her career with the Fugees and as a solo artist has always been marked by a refusal to pander to a particular demographic: an insistence on doing things on her own terms. For an anniversary tour one might have expected Lauryn to perform, for the sake of nostalgia, in a manner which stuck more rigidly to the original format. This was not what transpired. Lauryn was theatrical throughout, as if trying to throw the audience off balance. She performed deliberately out of sync with her backing vocalists on ‘Forgive Them Father’ and ‘To Zion’, a divergence from the angelic harmonies of the original record.

As the lights came on, the organisers clearly wanting Lauryn to wrap up the set, we were treated to more conventional renditions of ‘Doo Wop’ and ‘Killing Me Softly’, the only hit from Lauryn’s Fugees days which made an appearance. An impromptu speech on the gravity of the album’s impact followed, Lauryn remarking enigmatically on the political relevancy and artistic roots of her magnum opus.

She closed with her remix of Drake’s ‘Nice For What’ in which Miseducation’s ‘Ex-Factor’ is sampled. It was a fitting conclusion that felt like a celebration of the genre bending, era defining album’s ongoing influence. The musical climate around her may have changed, as has L. boogie herself, but The Miseducation of Lauryn Hill remains as timeless as ever.