Having finally released their 4th album, Proper Dose, Californian band The Story So Far embarked on a European tour with a date at Newcastle’s Riverside, I headed along to see if they lived up to all the pop punk stereotypes…

The night started with All Get Out taking to the stage, despite the band trying their hardest, they failed to engage the crowd. Perhaps a little to heavy for the other two bands of the night and ultimately perhaps a little too unknown for the rest of the bill. However, the band’s sound was a nice mix between pop punk and slightly heavier and are now definitely a band I am going to check out.

Yet, by the time Citizen took to the stage, the crowd seemed entirely different. The crowd were much more receptive, with the first of the mosh pits of the night, it would be more than fair to say that Citizen warmed up the crowd. They playing a balanced mix of new and old songs, including fan classic ‘The Night I Drove Alone’ which was perhaps the song of the night, if you classify the song of the night to be the one which featured the most angsty pop punk finger pointing from the crowd. Citizen are a somewhat lyrical band, with clever lyrics which seem made to scream back at the band at live gigs, I was unsure if their live performance would live up to the band’s sound yet I was most pleasantly surprised. Citizen are a band on the up, they might only be a support band this year, but I can’t wait to see them on their inevitable headline UK tour soon…

Now the crowd were well and truly riled up and displayed their aggression via finger pointing, it was time for The Story So Far’s set… The setlist began with Nerve where, before the first chorus, the night had it’s first crowdsurfer, which was the catalyst for the night really beginning, with countless crowsdurfers making it over the barrier for the rest of the set.

The band’s 14 song setlist featured a variety from their 4 albums ensuring both new and old fans were appeased, it has been a while since TSSF played Newcastle, demonstrated when frontman Parker Cannon asked who was seeing the band for the first time, a much higher proportion of the crowd cheered back considering the clear affection for the band within the room. Despite having only been released three weeks before the show, fans were singing back every word of the latest release, which demonstrates the intensity of the fan base.

Frontman Parker Cannon does an excellent Liam Gallagher impression, standing at his microphone, hands behind his back and windbreaker on. Other than his age, the genre of the music and perhaps the size of the venue, you could be forgiven for mistaking him for LG.

Riverside features a discoball above the stage which the band used to their advantage, lighting it up during their slower more lyrical numbers which definitely added to the vibe of the songs and was perhaps a highlight of the set for me. No other venues (that I know of anyway) features a discoball so this lighting was a section of the night exclusive to Newcastle which I think is why I appreciated it so much. For me, that is one of the most important aspects of a gig, the band is playing the same setlist every night but it’s about how they make it special and unique for that night. This slower section of the setlist was also a well needed reprieve for the crowd, with a short break from the seemingly incessant crowdsurfers which allowed everyone to really enjoy this section of the show.

The band were soon back to their well loved, fast paced, angsty sound and the crowd lapped it up with yet more fans sailing over the barrier. The final three songs of the album were the perfect closers with my favourite song from the most recent album, Take Me As You Please, followed by older offerings Empty Space and Quicksand. These two fan favourites were an excellent closing to the gig as they allowed for optimum fan participation and enjoyment.

The band left the stage to raucous applause to come back to tune their guitars for the encore, a different approach rather than hiding in the wings and milking the applause. The band chose the unusual option of Clairvoyant as their encore song, despite being a fan favourite, with some amazingly quotable lyrics, it is one of the band’s slower and more laid back numbers which seemed a weird choice to end what was otherwise a very fast paced and rowdy show.

This was exactly what a pop punk show should be; Crowdsurfers galore and a whole lot of angsty finger pointing and definitely one of the sweatiest gigs I’ve ever been to… 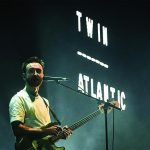 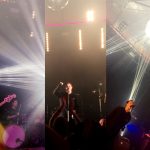 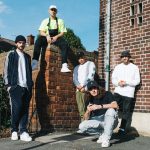 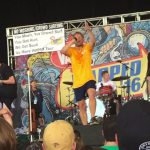 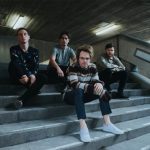 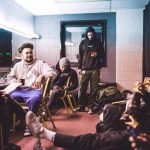