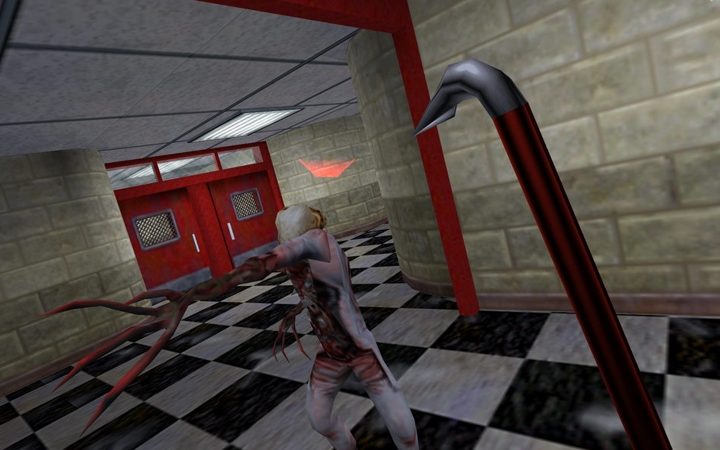 Valve’s Half-Life has an incredible reputation in the gaming industry amongst players and developers alike. It took the first-person-shooter genre and flipped it on its head, going from games where the player would mindlessly shoot at anything that moved to story-rich cinematic experiences with amazing gameplay to match.  Many beloved modern games take inspiration from this twenty-year-old title.

My best memories from Half-Life come from the earlier levels because of how amazingly they showcase the atmosphere of horror and the feeling of hopelessness. You traverse the early levels twice, seeing the facility operational and safe and then again after the experiment as they are overrun by aliens and in ruins.

Witnessing the destruction of Black Mesa allowed for the truly horrific nature of what had just happened sink in. Not only did the testing chamber fall apart, so did the entirety of the facility and, as shown in the sequel, the entire world.

All this isn’t to say that there weren’t any fun memories from Half-Life, beyond being scared to death by the zombified science team and the collapsing, claustrophobic underground facility.

The voice acting in the game wasn’t bad, but it was quite over-the-top, especially the scientist’s groans of pain or fear which was exploitable through deadly explosive traps. Something I always enjoyed doing was placing a trip-mine and luring a poor lab-coat-wielding shrieker into the blue beam of death.

The base game of gunplay and puzzles was also extremely fun in itself. From fighting back against the military clean-up crew to taking on an army of alien slaves, the game always felt fair in its difficulty, pushing the player to be better and to utilize their arsenal of deadly weapons in the most effective manner.

Whilst FPS games of the era had the player kill everything in sight without a second thought, Half-Life questioned the morals of their silent protagonist, Gordon Freeman.

Certain enemies were just animals acting on their survival instinct and others were enslaved and ran from the player should they sustain enough damage. Rarely were any of the enemies truly evil.

The game always felt fair in its difficulty, pushing the player to be better and to utilize their arsenal of deadly weapons in the most effective manner

The infamous G-Man, potentially one of the biggest mysteries in gaming, is the only character that could be considered as the villain of the story as he caused the Resonance Cascade, also known as the Black Mesa Incident, and allowed for the Combine to invade in the sequel as a result. He appears to be the one pulling the strings behind the scenes and his various monologues throughout the series are what stick with me the most all these years later.

Half-Life was revolutionary. It altered the way we play FPS games, the way stories are told through gameplay and it pushed the technological boundaries, encouraging other developers to be better in every way. Because of it, we have a gigantic library of games to enjoy from Call of Duty to Overwatch to Valve’s own Counter-Strike, another gigantic game in the genre.

There’s only one problem: where’s Valve’s own ending to the series? Where is Half-Life 3?!