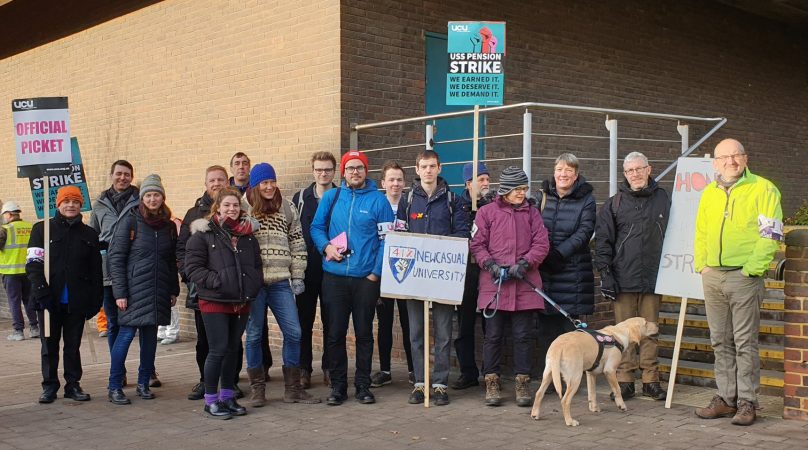 A petition has been made demanding that Newcastle University provide compensation for all students affected by the UCU (The University and College Union) strike action.

Last week it was announced that there would be a further 14 days of strikes across February and March across 74 universities. Following on from November, the dispute over pensions, equality, casualisation and workloads have led to further action.

Over 200,000 students across the country are set to be affected, many of whom are demanding compensation for missed teaching time. York, Leicester, Sheffield Hallam and now Newcastle are among the institutions where students are petitioning for refunds.

Emily Johnson, the creator of the petition

A petition created by Emily Johnson, a Law student at Newcastle was created four days ago with a target of 1000 signatures. It states:

“Students pay upwards of £9000 a year [for] a service that is not sufficiently being provided. The University as a service provider has the duty to meet fundamental expectations of it’s customers ie the students. Thousands of students have lost hours of teaching and suffered increased distress and inconvenience. It is not acceptable that students are being used as a bargaining chip when our education is at the forefront of the impact. “

Over 1200 students have currently signed the petition.

Among the reasons for signing, some students expressed a disagreement with the strikes, whereas others referenced the high price of tuition as their main source of annoyance.

The Courier asked Johnson about her motivations for creating the petition. She stated:

“The petition was created as a way of allowing students to come together to demand industrial action and its affects on students to be taken seriously. The dispute between the UCU and the Universities has gone on for too long and too much teaching time has been and will be lost, especially at crucial stages of the academic year.

“There is no wonder that the dispute between universities and the UCU has spanned across three years – the entire time I have been at the University. Industrial action needs to have an impact on University senior management rather than just the student body. “

From the archives: women come to Men’s Bar