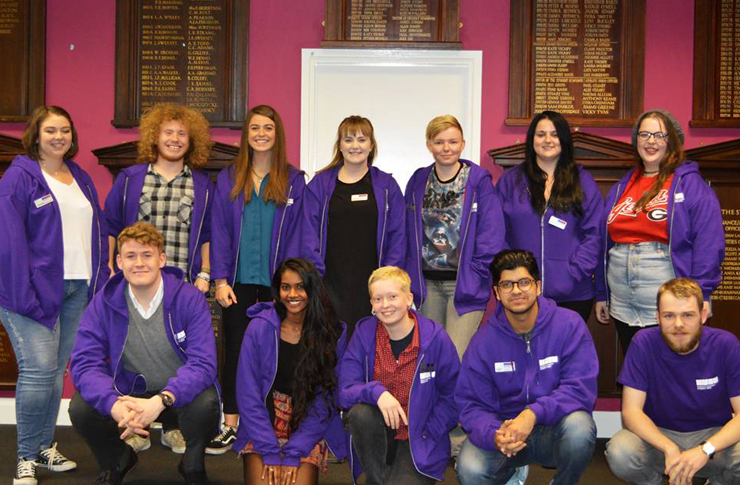 Four new Part Time Officers were elected on Friday, as the NUSU Officer team reaches a total of 14 for the 2018/19 academic year.

The four newly-elected PTOs join a full Sabbatical Officer Team and four other PTOs that were elected during the NUSU Elections in March.

238 students cast 842 votes across the four positions, electing a new International Students’ Officer, Racial Equality Officer, Students with Disabilities Officer, and Student with Faith or Belief Officer. The results means that the Student Parents, Guardians and Carers Officer is the only position left unfilled.

Two of the four positions were contested, with Haaris Qureshi pipping Joel Atkin to the Students with Disabilities post, notching up 113 votes, whilst Atkin received 80. Qureshi’s communications and marketing experience set the two manifestos apart, with campaigns a very important part of the role.

The other contested position was far more convincing, with Christopher Wilkinson being elected as the new Racial Equality Officer after receiving 172 votes compared to the 25 that Tom Anil Kungebeharry recorded. During the elections, Kungebeharry had not submitted a photo or manifesto, and did not appear at the hustings prior to the voting opening.

The other two positions were contested, with Pablo Charro De La Fuente becoming the new International Students’ Officer with 175 votes, whilst Grace Elgar was elected as the next Students with Faith and Belief Officer after receiving 207 votes in the process.

This is the first NUSU Officer election operating the new by-election system. Rather than hosting a by-election in November, any positions left unfilled after the March Elections are now brought to the first Student Council following those elections. The Council session acts as a hustings, with the voting opening after that Council session, and closing at 2pm the next day.

As a result of the smaller voting window and lack of exposure, there was a turnout of approximately 1% in the election, but having a near-full Officer team going into the academic year rather than in November is considered to be a worth the lower turnout.

The remaining vacant position will be brought to the first Student Council of the next academic year to follow the same process if a candidate comes forward.