O, Bourne, where art thou?

Another year goes by, another Matt Damon rescue-movie. Simon Ramshaw discovers just what makes a Damon-disappearance epic tick ***SPOILERS WITHIN***

Like Randy Orton before him, Matt Damon has come OUTTA NOWHERE and become a meme sensation as soon as people realised what the central conflict of his new film, The Martian, actually is. Yet again, poor Matt has been stranded in some godforsaken place, with either vast distances of space or Nazi occupation separating him from his Oh-So-Patriotic American chums. American loves him so much that they spend huge amounts of dollar trying to get him back home by teatime. Sometimes it works, sometimes it doesn’t. I haven’t seen The Martian yet, but I’m sure there’s a much more effective way of doing things than the 141 minute running-time would suggest…

Take Interstellar, for example. Matt Damon’s Dr Mann has travelled to bloody Jupiter and wormholed his way through space and time to a planet where clouds are made of ice. What a bloomin’ fool. It’s up to Matthew McConaughey (who Damon can do a decent impression of on a good day) and his team of expendable human/robots plus Anne Hathaway to save him and the rest of America. Yet this proves to be a fruitless task when he double-crosses the crew and uses their ship as a means of running off home like a big yellow chicken.

However, he misuses an airlock and blows apart the mothership, making it very difficult for him to actually get rescued (because he dead). It’s only when the fifth-dimensional beings come in and manipulate time and space that McConaughey and MUUUUURRRPH! are able to save the day, and it’s all because Matt Damon didn’t know how to operate an airlock properly. Had NASA done their job in the first place and train the guy properly, they wouldn’t have needed to fork out more money to send A-listers into deep space. Silly NASA.

“I’m sure Will Hunting is a good guy, but he sure is inconsiderate with America’s budget”

The same could be said for the US Armed Forces in Spielberg’s Saving Private Ryan, where they send Tom Hanks, another Oscar-winning actor, after Damon’s titular missing private. Except James Ryan is one wild goose, and they bump into Nathan Fillion and tell him his brothers are dead, causing a monumental waste of time and a lot of emotional stress for Firefly’s charismatic leading man. Two acts later, they find him, and the majority of the cast (like in Interstellar after it) ends up pushing daisies. Damon survives this one so his character can appear in the film’s framing device, but at what cost? The demise of Oscar-winning/nominated persons and ordinary people and millions of dollars of tax-payers money. I’m sure Will Hunting is a good guy, but he sure is inconsiderate with America’s budget.

So why does Damon persist in getting lost in far-off places? Maybe it’s a memory-loss thing, brought on by more wasteful American expenditure in the Bourne movies. Maybe it’s a desire to get away from it all and do some more Oscar-winning writing. Maybe we’ll never know. But the man himself has left us with some inspiring words on the matter: “MATT DAMON.” 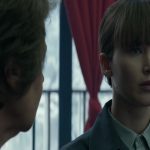 Will the UK release of Woody Allen's Wonder Wheel be boycotted?

The impact of Netflix Originals

A Living Wage for University Staff? A new campaign