Rant of the Week: Bouncers 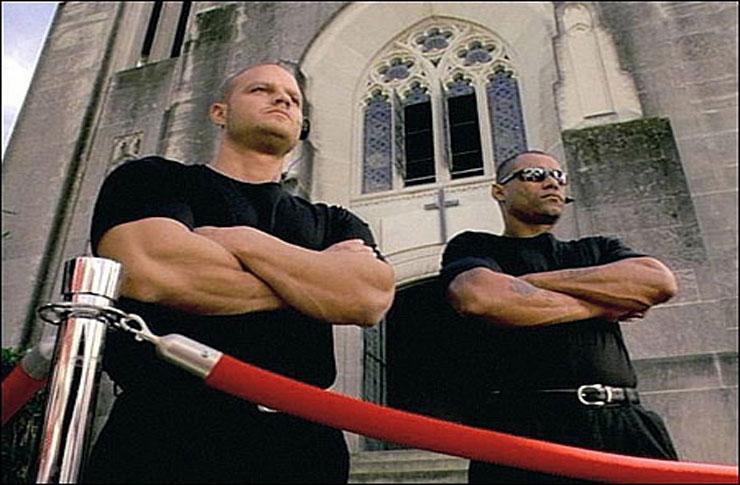 Sometimes being a uni student is hard. You skipped too many contact hours the last two weeks and suddenly you’re stuck pulling an eight-hour shift in the library playing catch up. Your lecturer has suddenly decided that after a month of minimal additional reading you just have to read these three 50 page articles in the two-day gap between the lecture and your seminar. You’ve done three all-nighters in the space of a week because you have an assessment deadline and your module leader is being Fort Knox about what exactly they want you to write.

You deserve a night out. So you get dolled up, you play drinking games with cheap vodka, you serenade the poor taxi driver and you hit the toon. With the week you’ve had you have earned every drink, every inappropriate dance move, every second spent laughing, joking or flirting. You did your time, and now you’re free to do whatever you want. Or you would be; if it weren’t for The Bouncer. Dressed all in black, arms crossed menacingly and with a semi permanent scowl fixed in place these guys hold the outcome of your night in the palms of their power hungry little hands. And boy do they know it.

Admittedly standing for six hours in the cold, policing drunk and stupid uni students, was probably nobody’s first choice of job, but does that give Bouncers an excuse to be rude, biased, power tripping tyrants? No. We get that Bouncers are there to protect businesses from lawsuits and hooligans. We know that sometimes we are too drunk to be allowed into bars and clubs. We’re not stupid or delusional; we know the drill. What we don’t understand is why, they feel that they not only need to reject us but to embarrass and abuse us as they do it.

When we come to the door and claim that ‘Danny never ID’s me’ we’re jokingly trying to tell them that we’re regulars here, we are not ‘being sassy’, and we definitely do not deserve to be separated from our friends and made to wait out in the cold. When they decide they won’t let us in because our ID isn’t valid odds are we will try to argue with them about it, undoubtedly annoying, but not deserving of the use of the ‘c’ word or the torrent of abuse they throw at us. Our behaviour is because we’re drunk, what’s their excuse?

And if after we’ve argued that we’re sober enough to be allowed in, smiled and apologised that our ID photos are five years old and don’t look like us, they still don’t want to let us in, that’s cool, we understand. But then comes the ultimate insult; as we’re leaving we see they let in some girl who is stumbling all over the place and hiccupping every other word. Yes she has legs up to her ears and long blond hair that bounces as she walks but they’re not going to score with her, they’ll only see her again as she leaves in twenty minutes needing to be sick, so why they gotta discriminate? Now we’re going home feeling disappointed, fed up and embarrassed, night ruined. So thanks for that

Recipe of the Week