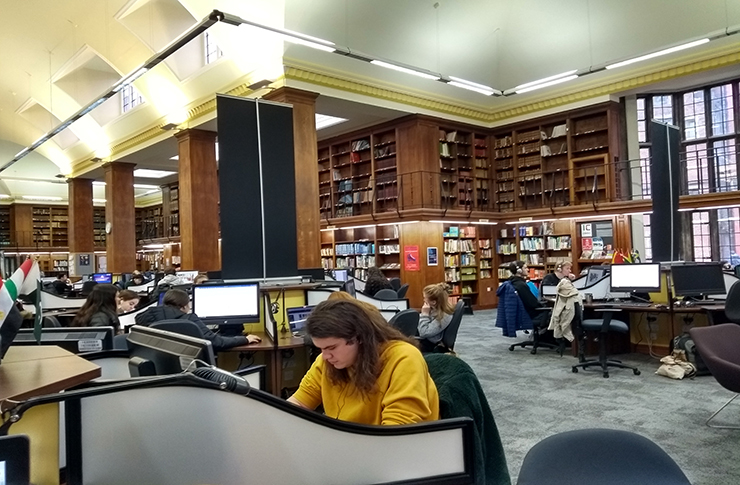 The cost of education in UK is increasing day by day. The maximum permissible fee amount for an undergraduate student is £9,250 per year but no limit has been set for post graduate students. Though the 2018 review guarantees a reduction in fees, nothing has been implemented so far.

A student pursuing arts and humanities will usually pay the same in fees as a medicine or engineering student, despite the majority of university funding being spent on STEM subjects. This flat fee system is hardly justified. It may be surprising to many students that universities teach undergraduate students at a loss. The governmental review, which considered cutting university fees to £6,500 per year, has worried some universities that such changed would drastically affect their finances.

The situation is worse for international students. They end up paying more than double the amount as compared to a UK or European Union student. For instance, a post graduate degree in Journalism at Newcastle University costs £8,610 per year for the English students but for the same course, international students end up paying £17,370. Miminy Wang, a student from Taiwan said, “The fees are too much. Plus, we need to have an extra £10,000 per year for day to day living. We come to the United Kingdom to gain something out of our course but end up burning a big hole in our pockets”. No doubt, international students have to pay more for an education in any country, but the disparity is much greater in the UK.

Pooja Gowda, a student from India studying at Newcastle University said, “If a student has to pay £3000 for a course back in India, it’s around £6000 for an international student. The quality of education in India is great and cities like Mumbai offer a great quality of living. We are only here for the international exposure but a reduction in the fee amount would make our lives easier” Universities argue that if they are not being able to charge some of the highest fees in the world, it would also mean that they cannot help the most disadvantaged applicants, as the higher fees cover outreach work and access grant, as well as other essential university services. But this only means that some students are paying high fees that do not go directly into their university experience. This questions the University’s effort to increase student satisfaction and extended welfare.

Six charities which are involved in helping poorer students access higher education released a joint statement which said, “we have a big and persistent social mobility problem in the UK – young people from disadvantaged backgrounds are half as likely to progress to higher education as their peers. “Widening participation funding exists to help close this gap and is vital to the work that we do to support young people from under-represented groups to progress and succeed in higher education.” The Russell Group endorsed the charities’ statement and argued that a record number of students from disadvantaged backgrounds were in higher education because of the success of the current funding system. If enacted, The Times has estimated that this measure will cost the government £3 billion and could leave universities with a third less income.

Tuition fees have been on the political agenda since they were tripled under the coalition government in 2012. In September 2017, chancellor Phillip Hammond proposed reducing tuition fees to £7,500 a year. These proposals were justified by suggesting that universities did not offer students value for money, however the changes were never implemented. It remains to be seen whether the proposals of the post-18 review which Theresa May launched in February, will be implemented in the future.

A protest of The Clasp sculpture on campus has been rearranged by fine art students and will take place today.