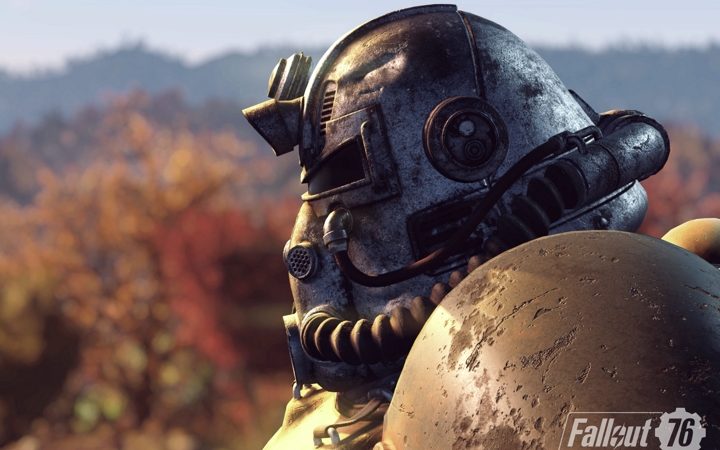 Earlier this year, the prospect of a new Fallout game so soon after Fallout 4 was only a dream for die hard fans of the series, so when a new trailer was shown over the incredible cover of ‘Take Me Home, Country Roads’ I was hyped to no end.

Could this be this generation’s New Vegas? I naively told myself. It was only downhill from then on.

A multiplayer-only survival Fallout game you say, Todd? Oh no. It was at this point I began to become sceptical of the quality of an always online version of a game from a series that is known for its immersive single player RPG storytelling. But Todd convinced me single player gameplay and quests would go unchanged, so I gave him the benefit of the doubt. So, did Bethesda’s risk pay off? No. No it really didn’t at all.

The problems with this game start when you first leave the vault, which unlike its predecessors, which have extensive backstory sequences, takes all of 20 minutes. You are then immediately introduced to a decently made but ultimately disinteresting crafting and camp system.

The exploration factor is an intriguing part of the game, allowing you to delve deeper into all kinds of new Fallout lore.

But I wanted to get straight into the quests and exploration. Well, it turns out that quests based on just computer terminals and notes of paper left by a character we’ve never actually met are unbelievably dull and not even slightly compelling. The lack of NPC’s in 76 is achingly noticeable, and the attempt to add RPG-type quests without them really takes any character or life out of the wasteland. Sure, there are some robots scattered around, but they don’t replace Bethesda’s usually intriguing wasteland inhabitants.

Another issue is that quests, or ‘timed events’ will randomly pop up on the side of your screen, with no way to set it so this doesn’t happen. This messes with your current quest markers and makes you disoriented and, ultimately, this pressure the game gives you to take part in these pop-up quests in incredibly annoying. So, what about the multiplayer aspect? Well, that’s rather lacklustre too.

There will be some people scattered around your server, and for the most part they are willing to lend a hand, but there are too few players on a server for this to be a replacement for NPC’s, and whilst there is a bounty system in place to stop players trolling and killing other players, it ultimately has no real consequences and the higher level players will just chase you down and kill you anyway.

Could this be this generation’s New Vegas? I naively told myself. It was only downhill from then on.

So, are there any redeeming features in this game? To Bethesda’s benefit I will say that once again the world is very well designed and looks stunning, and the exploration factor is an intriguing part of the game, allowing you to delve deeper into all kinds of new Fallout lore.

But this isn’t enough for the game to be good, and it certainly isn’t enough to keep me wanting to play like every other Fallout game has done in the past. I keep coming back to Fallout 76 in the hope that, somehow, I’ve been wrong about all of this and I’ve missed something, but after half an hour of boredom, framerate issues and server disconnections it’s hard to ignore what a misfire this has been on Bethesda’s part.

Let’s just hope Elder Scrolls VI can make up for what is easily the most disappointing game of the year.