Review: Foals- Everything Not Saved Will Be Lost: Part 1 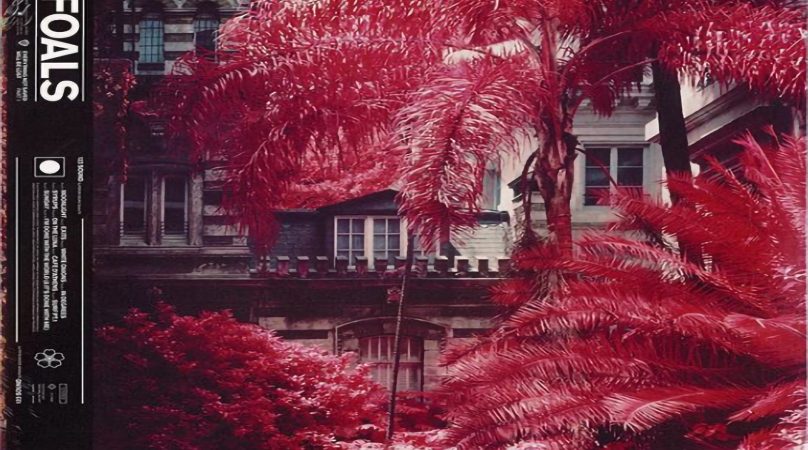 It’s been little over a year since Foals lost their long-time bassist, Walter Gervers, who departed after twelve years alongside the band. The news was announced through a handwritten note posted on the band’s social media pages. It is fitting, therefore, that a similar method was taken when announcing this album release on Friday. This time, however, the message was split across a few posts of smaller messages scribed on paper. Here, the band declared that they want their album “to be a window & a mirror”, and for their songs to find their way onto “the dance floor” and “the train”. Certainly, if fans are to take anything from these poetic expressions, it’s that Everything Not Saved Will Be Lost is both a diverse and polemically charged record.

In this release, Foals don’t always post their messages with the same aggression as their previous outing, What Went Down, an album that was overly laden with distorted guitars and riff-heavy chorus’. Sure, while songs like ‘White Onions’ and ‘Syrups’ show that Yannis and, fellow guitarist, Jimmy Smith haven’t lost their energy, it’s refreshing to see such guitar tracks accompanied with analogue synthesisers and electronic grooves. If these tracks still leave you questioning the band’s experimental side, then look no further than the lead single, ‘Exits’, an epic track sprawling over six minutes in length which constantly alters its sound. Better still, the track upholds the degree of catchiness that one would expect from any hit single.

The balance between experimentation and innovation is one to which Foals have always found themselves so willingly engaged with. Much like the band’s earlier, math rock releases, which banged with percussion and jittering guitar leads, this album finds itself absolved in its own intelligence. Altogether, this isn’t as much a flaw as it is an open door that draws the listener to a state of intrigue as we come restless to the loose ends that expose themselves. Most prominently, the last track ‘I’m Done With the World (& It’s Done With Me)’ is a poignant reflection on our existence on this turbulent planet, “All I wanna do is get up and leave
Sun falls into the garden I’m on my knees”, speaks Yannis wearily in the chorus. Moody and brooding, this is a fitting ending to what has been a thrilling ride. With that in mind, one can’t help but pick out this dystopian image as a subtle exposition to the album’s follow-up, the part 2 that will no doubt flesh out some of the dystopian rhetoric that is laid out here. Nonetheless, it’s a start and a good one at that.

Good chords for a great cause: Oxfam Society brings Oxjam to the Cluny