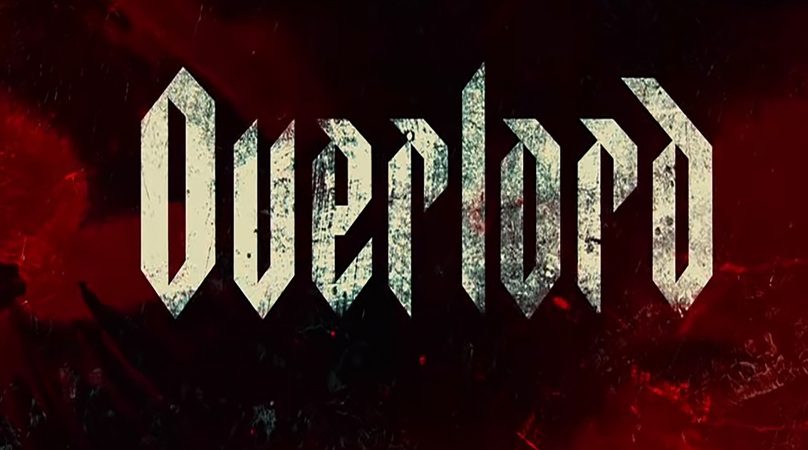 Overlord, (or should that be O’lordy) what a film. This B-movie gore-fest catches you off-guard, kicks you onto your back and stomps on your cranium for good measure. Not a movie for the faint hearted. By taking from some of the most horrifying moments from the classics of the war film genre, just when the unwitting audience thinks they seen it all before, BAM, the boot comes stomping down again.

Overlord begins in a war plane flying into Nazi-occupied France though an emergency landing is soon required amidst a hail of bullet fire – despite this seemingly innocent introduction, there is more to this movie than meets the eye. Private Boyce, played by Jovan Adepo, an African American soldier with a good heart soon links up with the war harden Corporal Ford (Wyatt Russell) and the rest of the stereotypical, characters that make up the platoon. The interplay between the Corporal and Private Boyce gives Overlord some character development though if you are looking for a film with a moral or a transitional story of self-discovery this is to the one for you.

Overlord is a strange concoction of Rambo, Saving Private Ryan and Predator with a very large dash of Nazi-zombies thrown in for good measure.

The ingenuity of this brutal flick is its intentional use of drab conversations, cliché circumstances, and a mixture horror tropes to keep the audience guessing in a-way that I haven’t noticed done before quite so successfully. Overlord is a strange concoction of Rambo, Saving Private Ryan and Predator with a very large dash of Nazi-zombies thrown in for good measure. This Frankenstein of a movie does not lead to an (total) abomination, but something bizarrely believable. Where most films focus on exaggerated overkill violence or jump scares, Overlord attempts to do it all with varying degrees of success, creating a movie with an organic vitally and absurd authenticity, with the ability to outwit the over-stimulated and desensitised mind of the modern viewer.

Overall I was impressed though is this a movie to go down in the ages? No. but to miss this original and engaging ‘piece’ would certainly be to miss out.

A Retrospective View On 2019 BAFTAs

Documentary Corner: The Act of Killing