October has finally passed, after what felt like eternity, but did you go sober?

Months of sobriety have become all the rage recently, with more and more people concerned about their health. Large charities like Macmillan Cancer Support promote this idea with campaigns like: Go Sober for October which encourages people to go sober for 31 days while raising money.

The idea of being sober at university for a whole month seemed impossible to me. However, a few weeks into term and a too many awful hangovers later, I thought the idea of a booze free October didn’t seem too bad after all. I gave it my best shot, here are my thoughts on my sober October experience.

I had mixed reactions to my new endeavour, many questions from friends asking me ‘why?’ and telling me it wouldn’t last. I had a few events during this month, which would inevitably involve drinking, including birthdays, house parties and Oktoberfest. But the doubts from a few of my peer group, and the support of a couple close friends, my mission was fuelled.

I managed to avoid happy hour at my friends 21st birthday. I enjoyed a night out to the Holy Hobo on just a Diet Coke. I went to house parties where I tried to make sense of drunken conversations. I hosted a dinner party where I was the only one not drinking. And I soberly wore a Dirndl to Oktoberfest.

This experience opened my eyes to how much alcohol is around us at university and how embedded it is into our university culture. Through my time at university I have felt the pressure to drink and go on endless amounts of nights out, while knowing it is affecting my physical and mental wellbeing. I was intrigued how this would affect my overall health. I would definitely say it has had a positive effect. With Alcohol being a depressant, it can damage the chemical balance in our brains meaning that in the long run it can contribute to anxiety, depression and stress. I am prone to hangover blues, which means one evening of fun can result in a miserable following day. But throughout my sober month I found I was a lot happier and more productive with my uni work.

I also saw improvements in my training for cross country. I was able to keep motivated and train more, instead of missing sessions due to a hangovers and lack of sleep. My personal running times improved, giving me a sense of achievement for this month of sobriety.

A massive bonus of this whole experience is that I saved a lot of money. After dinners out my friends made the effort to not include me in the drinks bill and I wasn’t tempted to waste my money on the trebles deal at soho. My bank account has thanked me for this, but I’m sure to be rewarding myself with a trip to Topshop as soon as the 1st of November hits.

At the beginning of this journey I was saying, oh I can’t wait for first of November. Now I’m rather sad it’s coming to an end, I’ll miss the excuse of not getting a drink at the pub or not wanting to go on a repetitive night out to soho. But one thing it has taught me is that it’s okay not to drink and I do have the power to say no to those around me. It made me realise you can still enjoy a night out or a social occasion without drinking, and the long-term effects are great. 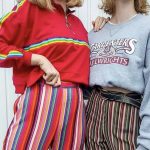 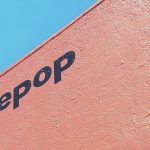 Living in a (de)popular world: The Depop basics 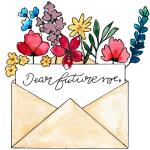 Dear Future Me: A Letter of Love and Hope

Why I’m focusing on loving men without the ‘n’ 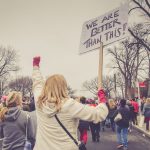 The art of being yourself!
Copy link
CopyCopied
Powered by Social Snap