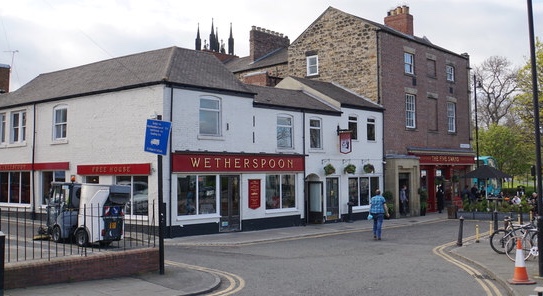 The Five Swans, a beloved Wetherspoons pub among Newcastle students, is set to close for four months for a £1 million refurbishment.

Known just by “Five Swans”, the pub is one of the closest Wetherspoons to campus, making it a favourite for students who want food and drink at low prices.

The pub is set to close on the 21st of October and won’t reopen until February.

The refurbishment will result in an extra 1900 feet of space, a brand new colour scheme, and larger kitchen and cellar. During the four month refurbishment, the staff will be located to other Wetherspoons pubs within the city.

However, many students have taken to Newfess, an anonymous Facebook confessions page, to express their disappointment at the temporary loss of the pub.

One student wrote: “4 months the five swans is closed. In my last year, AND over Christmas. It’s disgraceful, really.” This comment received 99 reactions. Another entry expressing a similar sentiment gained 313 reactions, many of them sad or angry.

Ella Williams, a third-year student at Newcastle University, stated: “My feelings [about the closure] are just goodbye pints and tears, but I feel like that won’t make a good pull quote.”

Despite the disappointment, pub manager Leanne Surtees believes that customers will be impressed by the renovation.

“Myself and my team will look forward to welcoming customers back into The Five Swans, in February 2020, and we are confident that they will be impressed by the refurbishment and extension of the pub.”

Newcastle University and the Council react to initiation dangers

Time out on Tyne Bridge restoration