Summer sporting, having a blast

A round up of sport over the summer

Whilst you were topping up your tan on a bright white beach overlooking the Mediterranean Sea, the world of sport was also hotting up. Here’s a round up of all the sporting action you might have missed this summer

The Women’s World Cup in Canada was certainly the surprise of the summer. Previous tournaments in the women’s game haven’t had significant coverage, but impressive performances saw national TV audiences regularly top 1.5 million.

Throughout the competition, the world-class sides of Germany, Japan and the USA were typically dominant; however individual teams were overshadowed by the overall quality of football and vibrant atmosphere. Although international stars Marta and Abby Wombach didn’t perform in the tournament, Carli Lloyd and Canadian Kadeisha Buchanan more than earned their respective awards.

Moreover, the British public witnessed an uncharacteristically valiant England side that put in performances worthy of their best ever finish in the World Cup. Led by Mark Sampson, the Lionesses merited nothing less than their 3rd position, finally breaking the Germany voodoo in the bronze-medal match. The USA’s third tournament victory has been long overdue and was ultimately well-deserved.

A sport shrouded in scandal, Athletics was rocked by accusations of pervasive doping before the 2015 World Championships. The picture appears no clearer now, but the Beijing games displayed the hero/villain culture of modern day athletics.

The ever-anticipated Bolt vWs Gatlin rivalry proved the highlight, with Bolt edging both sprint events over the American who has served 2 doping violation bans. The Jamaican was then famously floored by an out-of-control segway, but there’s no evidence to link Gatlin to the accident.

Jessica Ennis-Hill returned after the birth of her first child to win her first World Heptathlon gold since 2009, and Mo Farah took home the 5000 and 10000m titles in the midst of doping allegations against his coach, Alberto Salazar.

Reigning champions Australia fought off a late comeback from arch-rivals New Zealand to win their third consecutive world title in front of a home crowd.

Aussie shooter Caitlin Bassett’s goal in the final minute of the game sealed the Diamond’s 11th World Cup with a 58-55 advantage.

However, in a tournament where Trans-Tasman dominance has seen only one other team win the Cup in its 52-year history, the progress from nations such as England, Jamaica and South Africa, who took 3rd, 4th and 5th positions respectively, could signal a serious challenge against the two powerhouses of the game in the not-so-distant future.

In a season dominated by debates over tyres and engines, an impervious Lewis Hamilton has mounted an incredible 302 points. After two consecutive wins, his Mercedes team now have their second constructor’s championship in a row.

Meanwhile team-mate Rosberg has slipped to third in the championship following a DNF in Sochi, resulting in Vettel taking second in the race and the standings.

Also in Sochi, the two Finns Raikkonen and Bottas were both involved in a last lap incident, leaving the former with a 30-second penalty, putting him in 8th place. While the latter crashed out, meaning the impressive Perez grabbed 3rd place.

The 2015 Championships proved a top test for the world’s greatest players. Favourites Novak Djokovic and Serena Williams took the men’s and women’s title, but faced fierce opposition throughout.

The Serbian endured a marathon 4th round encounter with Kevin Anderson, and out-muscled Roger Federer in a repeat of the 2014 final.

Williams’ shot at the title seemed in doubt after a lack-lustre performance against Heather Watson, but won the ‘Serena-Slam’ by claiming her 4th major in succession.

Home favourite Andy Murray cruised through the first week of matches before finally being undone in the semi finals by the classy Federer. 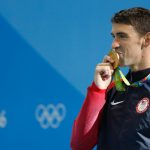 The greatest of goodbyes 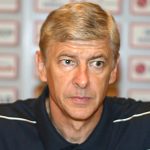 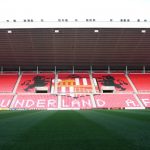 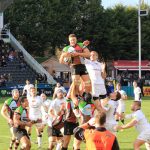 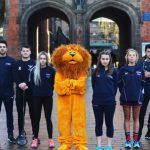 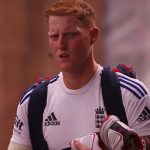 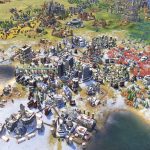