Take Me to Chunky Town 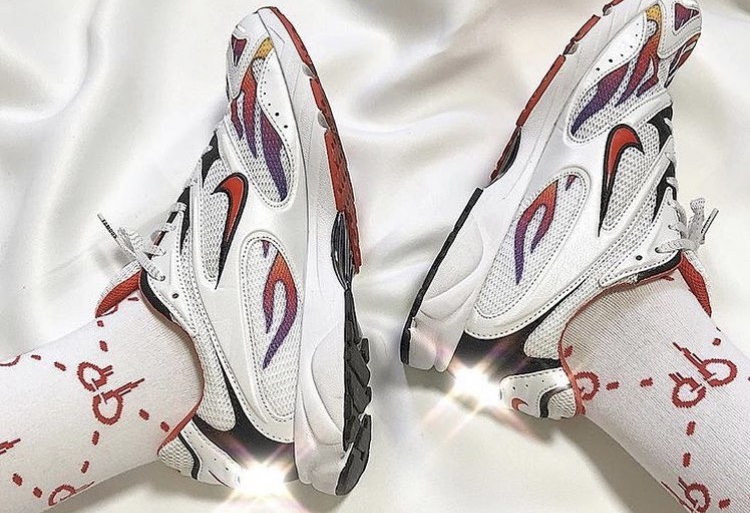 When talking chunky trainers, I notice a rather fine line is drawn between the beautifully ‘ugly’ and the undeniably ridiculous, and I for one love it. I am drawn to discuss the queen of the ugly shoe, and arguably the trendsetter for it all – the Balenciaga Triple S. The more I look at this shoe, the more ‘dad shoe’ meets running shoe, meets plain ugly it gets, but for some strange and contradicting reason, it makes me love them more!

The almost clunky shape of the Triple S is one I believe to have become a rather significant silhouette in the street-wear and high-fashion market, acting as a fashion bloggers staple shoe, much like the Air Max 90 used to be. I see the current high-end and street-wear climate is heavily revolved around the ‘the ugly’, a competition for the most strange, innovative and ultimately questionable designs, from Gucci to Raf Simmons, there’s no denying the bold designs haven’t made their mark on the high-fashion industry, giving modern fashion and almost futuristic edge, which I am all for.

But here lays my issue; as an individual passionate about street-wear styles and fashion designers, the illusion of unobtainability and ‘hype’ surrounding such trainers is lost in the filtered down copies of such high-end brands, such as Zara’s undeniable bite on the Triple S.  Although a rather closed-minded thing to say, the chunky or ‘ugly’ trainer aesthetic is lost on high-street imitations and dare I say, in the Fila Disruptor too. For me, the illusion is shattered; the element of prestige and pretention that surrounds such high-end designers is key in holding the hype and symbolic value to the shoe, and more often than not, the high-street knock-offs can’t hold a candle to the real and originally ‘ugly’ shoes.

Although a seemingly unpopular opinion around campus, the half digger, half trainer design of the Fila Disruptor is my current fashion dislike. I don’t know whether it’s the jagged, tooth like edge, the Fila branding, or the design in general, but they seem to take industrial and chunky styles to the next extreme. I am a huge fan of industrial, almost military styling, but there’s something about the Fila Disruptor that annoys me, maybe it’s the sheer amount I see around town, or in the library…not judging of course! I think I just prefer my chunky trainer to have an element of desirability and unobtainability to them – whether this is from price, like the daring £615 for the Triple S, or a raffle winning success like the Off-White x Nike collaborations. I am a big believer in designers, authenticity and elements of individuality, which is why the Balenciaga Triple S or the Raf Simmons Ozweego is worth the extra cash to invest in instead of a shoe that will be spread across the town by the time the term is done.

Women in suits: A powerful statement