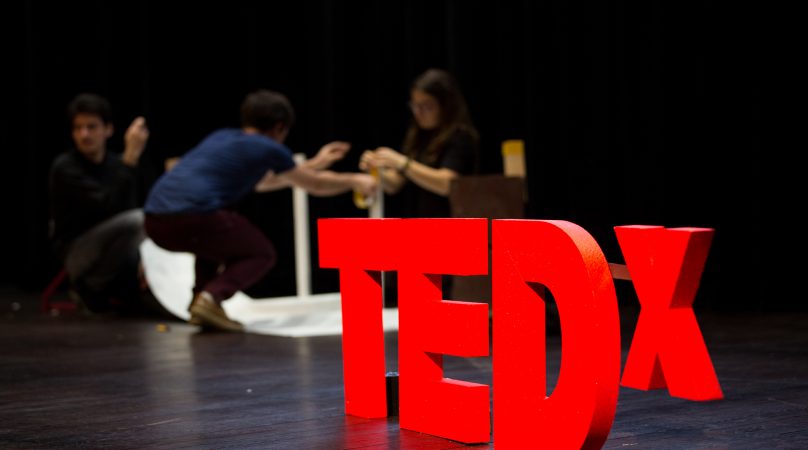 Other speakers included Professor Jennifer Rogers, a statistician who aims to show audiences how the mass media’s use of statistics can be somewhat misleading, with figures manipulated to prove or disprove agendas.

Continuing the scientific theme, Jonathon O’Halloran delivered a speech intended to raise awareness of the dangers of anti-microbial resistance. This refers to the phenomenon of disease-carrying bacteria mutating to such an extent that they can no longer be treated by anti-biotics. By 2050, O’Halloran estimates that ten million people will die from anti-microbial resistance annually.

On a lighter note, Lara Maiklem delivered a speech on ‘mud larking’- the practice of searching through a river’s foreshore, in order to unearth interesting historical artefacts, which are often hidden beneath layers of mud.

Maiklem was followed by Paul Irwin, a Newcastle native who has devoted his life to youth-work. After the financial crisis led to funding cuts for youth outreach work, Irwin devised a plan to send positive messages to as many young people as possible, even those who no longer had regular contact with a youth worker. He founded TryLife productions, a company which specialises in producing ‘interactive’ films, aimed at young people. Viewers are asked to choose what the story’s protagonist does, with actions such as ‘unprotected sex’ being depicted as having negative consequences, in order to teach the viewer a moral lesson.

Later in the day, attendees listened to a TED Talk by artist Wilfrid Wood. Wood, who jokingly describes his job title as ‘Headbuilder’, first channelled his artistic talents into producing puppets for the famed 1980s TV show ‘Spitting Image’. Now, he hosts workshops for other artists and, in his career as a sculptor and portrait artist, focusses on producing art of a political, satirical nature. Previous subjects have included everyone from Melania Trump to Greta Thunberg.

Gary Turk also delivered a somewhat artistic speech, in the form of a poem, set to music

Gary Turk also delivered a somewhat artistic speech, in the form of a poem, set to music. Turk spoke about his childhood, growing up in the retirement home his mother ran. He spoke about bridging generational gaps, with his underlying message being that the elderly serve an important role in society. They remind us of our own mortality, Turk argues, which in turn reminds us that we must live, not merely exist, if we want to make the most of our time on this planet.

The day was finished off by an energetic performance from local band The Baghdaddies.