The ever-changing face of campus 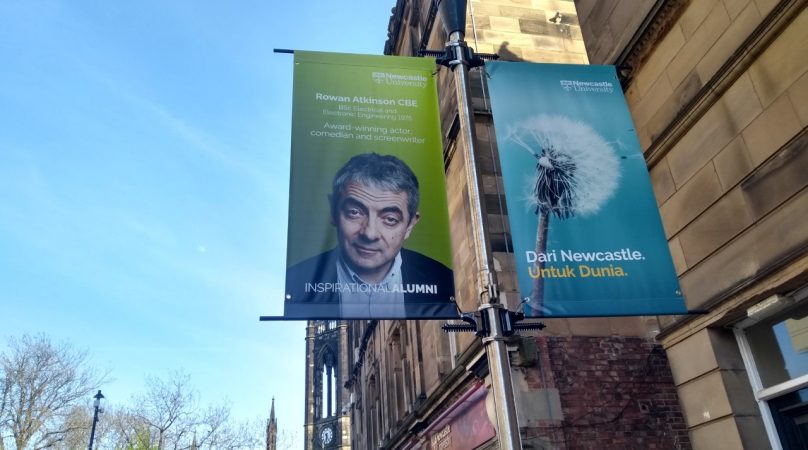 Through tumultuous times, the strong power through and Newcastle University is no exception. Over the course of the academic year, Newcastle University has not failed in its plight to strive for the best with countless additions made to its face: the campus. Inclusions of art and culture across campus have included the implementation of various artists statues such as Sir Antony Gormley’s Clasp and a remarkably Simpsons-like pink and yellow ballerina by Senior Fine Art Lecturer Katie Cuddon. These changes have promoted positive messages about the modern world and the future. However, everyone is a critic when it comes to modern art and these two pieces are no exception. Students have gone from complaints and petitions for removal to vandalism of both statues leading to the removal of the headless ballerina. Many students rejoiced and as they should since this allowed the university to see the image of our beloved campus through our eyes and build it in our image. 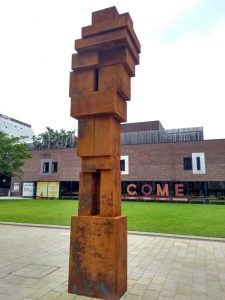 Building has been another bold move of Newcastle University’s this year. Building developments include the completion of Kings Gate’s construction to the restructure of Claremont Building in commemoration of Sir Terry Farrell, an inspiring architect and graduate of Newcastle.  The new Urban Sciences Building site has continued to impress students with its unique architecture and spacious entrance hall, despite ongoing concerns about the safety of road-crossing on Wellington Street.

Its freedom extends to the spaciousness within their recently built accommodation, Park View Student Village, which replaced the former Richardson Road site and saw its first residents arrive in September 2018. Having earnt countless awards whilst thinking of the environment through the preservation of a bat habitat on the site, Newcastle University shows and not just says that it will do what needs to be done.

This period of consideration about the physical face of the University has also been reflected in the University’s new Vision and Strategy, with plans for the future being encompassed by the strapline “From Newcastle. For the world”. Through this, Newcastle University has continued to look to the future whilst reflecting upon its roots, including increasing commitment to Equality, Diversity and Inclusivity (EDI). Further policy changes that the University has made include declaring a climate emergency and introducing free sanitary products across campus after sustained efforts from Raff Marioni and the Students’ Union. 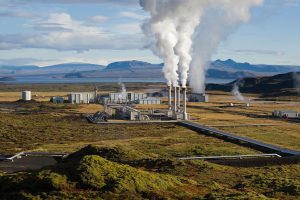 The University has declared a climate emergency as is making progress with its divestment plans, whilst the Union has now divested fully from fossil fuels
Image: Gretar Ívarsson, Wikipedia

The campus has furthermore been recently decorated with headshots of esteemed alumni on banners, featuring the likes of Rowan Aktinson and Sean Scully, also adorned with the motto “From Newcastle. For the world” translated into many languages to show the University’s international outlook. 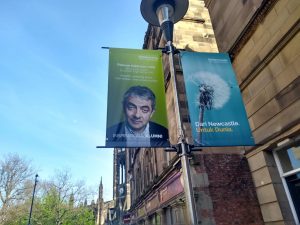 These physical changes represent a small number of the strides that Newcastle University take to think not only to the future but those who will be living in it and our next academic year will be no different.

Union responds to the Augar Review