The Fresh Prince of Spotify 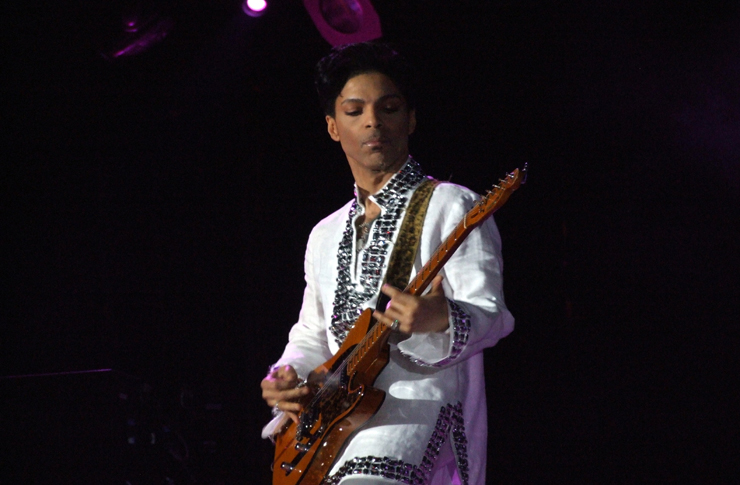 Ever since Prince embraced the internet, albeit late in his career, Tidal has been the sole occupier of the main of his catalogue.

Following Prince’s death, fans had to scramble all across the internet to legally stream his music; months later, Tidal added 15 more Prince Albums to its large collection (though the rights to these albums have been contested by those now controlling Prince’s estate).

Billboard reports that Prince’s music could arrive on both Spotify and Apple Music sometime this month, though an exact date is still unknown. In November of last year, Prince’s estate focused on a wider streaming arrangement by signing a publishing deal with Universal Music for the publishing of his entire catalogue.

Bloomberg also states that the late icon’s representatives are “closing in” on deals with the streaming giants ahead of the Grammys on February 12. The US awards ceremony is reportedly considered to be a “great promotional opportunity” for Prince’s back catalogue because a form of tribute is expected to feature in the show.

An article in NME magazine commented that, ‘Spotify appeared to tease the return of the musician to its streaming library by running adverts featuring its logo bathed in purple in Manhattan’. A very traditional and subtle way of advertising, the purple on the advertisement suggests a strong indication that Prince’s music will be coming to Spotify very soon. The ads appeared in Union Square subway station Monday morning featuring only the colour purple and the Spotify logo adding fire to the already existing speculations. Spotify have declined to comment to multiple magazines including Vulture.

The anticipated increased availability of Prince’s music is undoubtedly good news for the future of music. This simple move will allow Prince’s music to become a staple part of all young people’s music culture, and allow his undeniable talent to be appreciated by all generations. However, there is reason to be tentative. During the latter years of his career, Prince had ample opportunity to allow Spotify access to his music and chose not to. He had even previously damned Spotify on his Twitter account stating that “Spotify is co-owned by record labels, who hold 20 percent of the company’s stocks” when supporting Taylor Swift’s withdrawal from Spotify. There is reason to worry, for anyone that is concerned with the issues of copyright, ownership and integrity within the music industry, that those now in control of Prince’s own his estate are simply cashing in on an opportunity that Prince himself clearly did not support.

The Grammys on the 12 February will play a major role in revealing the nature of extent of Spotify’s relationship with Prince’s estate and what that means for not only the future of his music but for the future of the music industry as a whole and what is acceptable behaviour after the death of a music icon.

Stay tuned everyone, the next few weeks are going to be very telling.

Less Than Jake – Sound The Alarm


Swipe right to see the empty streets of Newcastle

A huge thank you to the courier team including edi