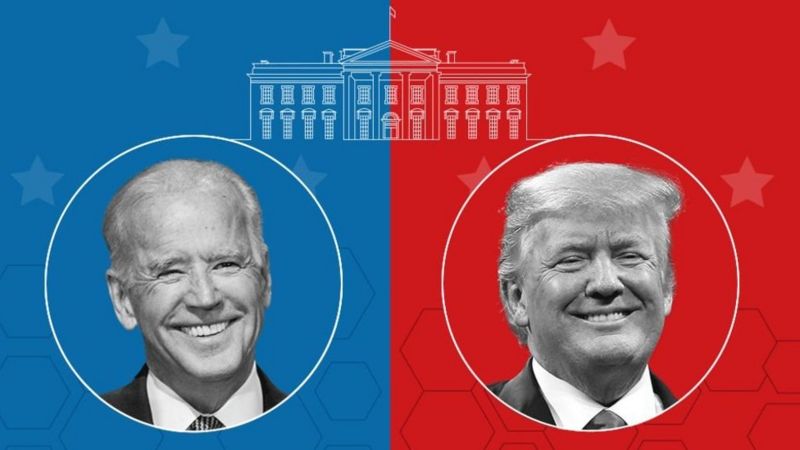 It was the sequel the world was waiting for. The stakes were even higher, with the potential of election defining ramifications. What impression of America’s future would the viewer see over the course of a mere 90 minutes?

Well, they did not have long to wait as Borat: Subsequent Moviefilm dropped on Amazon Prime at midnight – much to Rudy Giuliani’s dismay.

Oh, and there was also the final US Presidential debate earlier that evening.

The debates in this election cycle have been seen as largely pointless for the undecided voter, hijacked by interruptions and a lack of policy. The United States are renowned for their strange fusion of politics and entertainment, which historically began with sensationalist media coverage and proceeded to influence the style and format of many elements of mainstream politics. The Presidential debate, historically a sparring match of seismic proportions, is the perfect example of this merger.

But the question remains: was the final debate of any use to the undecided voter?

The format for the debate in Nashville, Tennessee changed slightly from the first outing for the two septuagenarians. The Commission on Presidential Debates took the decision to mute the opposing candidate’s microphone during the initial two-minute protected time. It was hoped that this move would allow the answering candidate could make their point heard without interruption.

Although it is a sad reflection of the times that this step is required, it made the debate uniquely civil. This newfound tone for a debate involving Trump was certainly different, and in a lot of ways far more telling of what strategies both candidates were relying on to get their message across.

The reforms made to the format led to a uniquely civil debate. Trump showed a notable change of style in this controlled environment.

Donald Trump was seemingly determined to act in a more civil manner, perhaps to show a different side to his trademark rambunctious style or perhaps just because he was unable to under the new rules. However, he was still comfortable in using the moments of open discussion to make sure his points were heard above both the moderator and Biden as the debate went on.

Trump’s main line of attack, expanded upon from the first debate, was surrounding the controversy of Joe Biden’s son Hunter, with a secondary focus on the former Vice-President and Senator’s record.

The point at which Trump possibly found his most success was towards the end of the debate, on the issue of civil rights. He brought up Biden’s involvement in the 1994 Crime Bill, an act criticised for its mass incarceration of citizens, disproportionately affecting African Americans. Trump claimed he was the “least racist person in this room”, and proceeded to question why Biden did not do more to improve on the situation during his 8 years as Vice-President.

Joe Biden seemed determined not to misspeak in his prepared comments and be clearer on the details of what Trump had got wrong over the course of his Presidency. His main strength was an ability to offer concrete solutions.

Biden defended himself in the face of the allegations over him and his son. He emphasised that he had not taken a single penny from a foreign country “ever” and highlighted the transparency of tax returns in comparison to Trump.

From the start, he was stronger on Covid-19 and health, outlining specifics into his plan to deal with the pandemic. He criticised Trump’s claim that “people are learning to live with the virus” by retorting that “people are learning to die with it”. He also criticised Trump’s ‘reformed’ healthcare plan, which would potentially fail to cover those with pre-existing conditions. Biden confirmed that his own plan will have a public option. Biden’s plan for a path to citizenship for undocumented immigrants was also a strongly presented pledge, potentially key to winning over some Hispanic voters.

Biden’s main strength was on the issue of COVID-19 and healthcare. He was able to outline a comprehensive plan in a way that Trump could not.

The moderator, Kristen Welker of NBC, did an impressive job. No doubt aided by the lack of constant interruption during the protected two minutes, she remained strong in keeping the two candidates to the allotted time. She also successfully prevented Trump from wading in too often once the debate became more fired up in the last half hour. The questions and follow up questions were more specific and interesting too, going beyond the broad topic areas that had been the focus of the previous debate.

Both candidates did what they needed to do with neither side emerging as an obvious winner. However, analysts will be quick to point out that as most polls show Biden leading. A draw may not cut it for Trump and his failure to land a killer blow could undermine the momentum of his campaign.

No one emerged as an obvious winner, but there were crucially no damning moments for either candidate.

As the Election is happening amidst a Pandemic, postal-voting has gained a new significance. At the time of writing, a record breaking number of almost 50 million citizens have already cast their votes – over a third of the total turnout in 2016. This may be indicative of a higher voter turnout than usual during this emotionally charged election cycle, but it is obviously not certain.

It is unknown how many of the rest of the electorate are still undecided, or indeed how many of the estimated 250 million eligible to vote will actually vote. But with no debates left it will be up to the them to decide on 3rd November which way this referendum on the Trump presidency goes.

The House of Lords needs reform