When animal fashion goes beyond print

Keira Carr recalls the harmful trend of the early 2000s, and considers the dangers of using animals as nothing but stylish accessories.

In the early 2000s, animals were easy to find as part of fashion, especially if your focus was on the red carpets and paparazzi shots of high-profile figures like Paris Hilton. In the last decade the trend has died out considerably, but with the ever-changing tides of celebrity culture, can we expect a resurgence in the 20s?

The recent growth of vegan and cruelty-free brands in both the makeup and fashion industries is a positive indication of the current attitudes to how we treat animals. However, with faux fur and animal prints still very much in vogue, it’s clear we aren’t quite ready to let go of the style altogether.

There have also been several influencers diving back into using animals as part of their style – youtuber Tana Mongeau’s red carpet statement in 2019 mirrored Britney Spear’s 2001 VMA performance (which is thought to have kickstarted the trend), and more mainstream celebrities such as Kim Kardashian-West have shown off various creatures on their Instagram feeds during the pandemic, seemingly as a display of their own wealth. Unsurprisingly, when audiences see their idols treating living things as accessories, their behaviour becomes normalised – in extreme cases, even idealised.

Almost every dog in England now has a dedicated social media presence, but does that really count as using them as accessories?

Of course, not everyone can afford to pull publicity stunts regularly or get hold of uncommon or dangerous animals à la Joe Exotic (although I can only imagine the number of would-be collectors the Netflix-featured personality inspired). The trend has traditionally been most popular in celebrity circles, but it has recently been expanding into the mainstream in the form of online creators using not only pets, but even their own children for content. Almost every dog in England now has a dedicated social media presence, but does that really count as using them as accessories? There’s a little more to it than just snapping a pic of your beloved pet, I say.

The heart of the animal-as-accessory phenomenon lies in the attitudes towards the animal; when you do your research and put in the work to take good care of them, the fashion aspect becomes a delightful side effect, but pales in comparison to all the other great things about your pet. Hiring one for a single event and allowing it to later be passed around to a string of owners who only care about boosting their image is another matter entirely.

It’s important that we keep in mind the very real consequences of how we treat animals. Using animals without being prepared to care for them can lead to situations which are potentially dangerous to all involved when the owner realises they are not ready to look after them properly (see the abuse investigation around Brooke Houts for a heart-breaking example). The more we tolerate it from the people we look up to, the more animals will be mistreated as props and commodities.

Perhaps as the importance of celebrity culture continues to be called into question by the rise of new platforms, we will see these changes reflected in how much value is given to emulating what we see in the media. For now, though, it seems that our love of animals and the associated aesthetics is still finding a place in fashion, in some cases more ethically than others. Celebrities and influencers continuing to hold onto the animal-as-accessory trend might well re-popularise it in the coming years. However, if we collectively continue to reject harmful fads like this one, my hope is that they will become less profitable, and those with larger audiences will be forced to examine what they promote a little more closely. 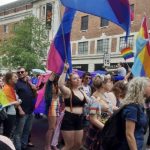 How queer culture has impacted fashion 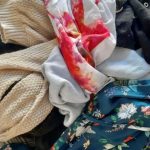 How I dress versus how I want to dress

Why we love to hate Christmas jumpers 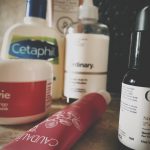 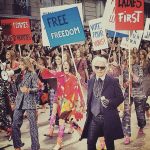 Who Wears the Pants 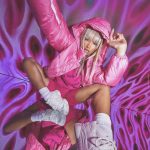 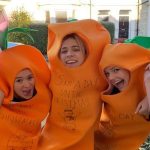 Meet the carrots running for foodbanks 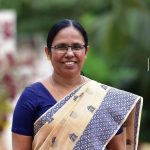 How are the big fashion houses participating in the conversation about feminism?
Copy link
CopyCopied
Powered by Social Snap