Why Newcastle needs to fix its staff gender imbalance

Hattie Metcalfe discusses the Courier's recent revelation that less than a third of all Newcastle professors self-identify as female.

A recent investigation by the Courier has found that less than a third of all Newcastle University professors self-identify as female, despite employing more female staff than male.

Professor Judith Rankin, Dean of Diversity, says Newcastle is "committed to developing a fully inclusive community that values diversity", and to a degree this is reflected in the figures set against those of other universities, having a higher number of female professors than Sunderland (27.6%) and Durham (22.1%). But 28.1% is still a relatively low figure, given the University of West England has proved that hiring female professors isn't impossible, with their percentage standing at 44%. Less than a third is not enough - the University needs to be seen to be doing more to hire female professors than inviting feminist speakers and celebrating International Women's Day.

The importance of gender balance among professors cannot be underestimated. If the university claims to have such a diverse cohort of students, their staff need to reflect that too. As a humanities student studying English Literature, I see a variation of both male and female professors. In fact, according to Newcastle's application for the Athena SWAN awards (which celebrates institutions promoting gender equality), 65% of academic and research staff in the School of English Literature, Language and Linguistics (SELLL) are female. Compared to the Faculty of Science, Agriculture and Engineering, where a mere 24% of academic and research staff are women, SELLL has an impressively high figure. But as such, I find it easier to see myself going on to do further studies in my subject - because I walk into lecturers and seminars and see other women that have done the same. Personally, and as a feminist, I can't say I'd be completely comfortable with a majority male cohort of teaching - but that's the reality that some students are facing.

Despite multiple initiatives everywhere to get more women into STEM programmes and careers, in the School of Computing and the School of Engineering, women only make up 19% of their academic and research staff respectively. How can more young women and students be encouraged into such a male-dominated career, when they don't see any other females there? How can the university honestly hold STEM engagement events for women, when there is an evident failure to hire a balanced number of male and female professors to teach them?

Equally, how will other professors self-identifying as female be encouraged to work at a university with a gender pay gap above the national average, at 18.5%? Whilst the university represents itself to be actively working to resolve both issues, such a large pay gap is hardly representative of this. Sure, as students our £9250 does go to other departments and projects, but it should also be going towards fixing this problem. This makes us question whether, as paying students of Newcastle University, we are ourselves funding the problem.

That's not to say there's not positives among this; the Faculty of Medical Sciences holds a prestigious Silver Athena SWAN award, compared to the bronze award in many other faculties. The university has set new targets which are positive steps to take - as well as increasing funding to initiatives such as the NU Women Network. But this investigation has shown there's still a long way to go. Newcastle cannot (and should not) hide the lack of progress behind awards and comparisons to other institutions.

Read the Courier's investigation here: less than a third of all Newcastle professors female 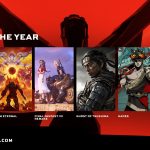 Album Review: Will Joseph Cook - Something to Feel Good About 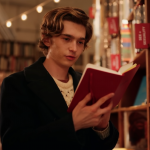 Review: Dash and Lily is this year's perfect festive pick-me-up 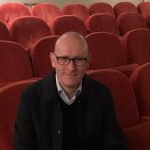 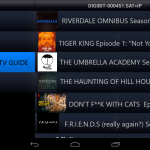 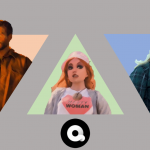 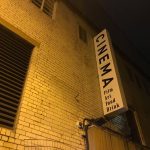 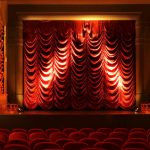