A crisis of faith: facing the Met's flight from responsibility

Leah Graham offers a diagnosis of the Met's inadequacy in the face of growing distrust from women, and foregrounds the basic prerequisites to overcome this.

Sarah Everard wore ‘sensible’ clothing. Sabina Nessa stuck to well-lit paths in a busy park. Sisters Bibaa Henry and Nicole Smallman stayed together for safety in numbers. These women did not make it home. Now others are being encouraged to 'wave down a bus or call 999' to protect themselves…From the police.

Over the last week, Metropolitan Police Commissioner Dame Cressida Dick faced calls to resign over the police force’s handling of Sarah Everard’s murder, but also for victim-blaming statements of how women should protect themselves, ranging from flagging down a bus to learning a bit about the legal process.

The problem with the police’s advice is that it is being given at all. Until the police acknowledge that their policies, advice and inquires are focused on how to prevent another ‘Sarah Everard’ rather than another ‘Wayne Couzens,’ women’s distrust against the force will only grow.

So how can the police restore our faith in them? Can they? Ms Everard’s death has brought to light a growing systemic problem with how police powers are abused. You don’t have to look far to witness the unprofessionalism and misogyny within the system that continually employed a police officer linked to indecent exposure incidents and whom colleagues nicknamed ‘The Rapist.”

Earlier this year two Met police officers were arrested and charged after non-official and inappropriate photos were taken at the murder scene of Bibaa Henry and Nicole Smallman, which were then distributed via Whatsapp to friends and members of the public.

Perhaps more shockingly, a currently serving officer has not been arrested or even suspended from duty after two women reported rape allegations against him. The women alleged that internal documents were leaked to the officer that allowed him to prepare his defence and that the investigation was poorly managed to the extent that their statements weren’t even fully taken.

UK police forces have received more than 800 allegations of domestic abuse against officers and staff in the last five years, with only 5% being prosecuted. Statistics such as these lead women to question whether the UK police are more concerned about protecting victims, or their officers.

Dame Cressida Dick has announced uncertain measures to restore women’s faith in the police, from a scrapped women-only police force to increasing the amount of plain-clothes officers patrolling the beat. These are reactionary measures and do not address the problem of female-gendered violence within our country.

Measures such as reviewing sexual and domestic abuse allegations against officers from the last 10 years are a more proactive form of increasing accountability. However, other suggestions such as a government-backed proposal for a telephone line that tracks women’s phones and texts them after their journey has been criticised for putting the responsibility on women to keep themselves safe, rather than preventing an assault in the first place.

Women should be able to rely on the police to protect them. Period.

But until the force acknowledges its misogynistic culture, takes assault allegations seriously against its officers, and provides us with proof that they are working to change themselves- and do a lot more to combat male violence in the country- we’ll just have to keep flagging down busses. 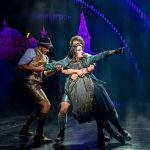 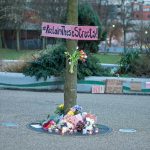 Sarah Everard: One Year On 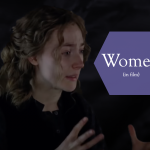 Celebrating the women who have conquered the film industry 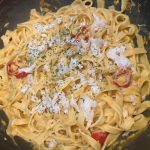 Recipe of the week - Crab Linguine 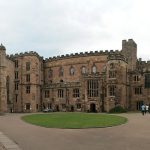