Plot holes and unanswered questions have been in our favourite TV shows forever. Sometimes they’re just accidents or they’re unavoidable but nevertheless, they are irritating. Even the smallest of oversights have the power to take away from the overall experience.

A good place to start is Friends. We all know and love it, but it is full of forgotten storylines. The most annoying of all though - where did Ben go? We followed Ross becoming a father and his questionable parenting techniques. Ben was a big part of his life. So why does Ben stop appearing? Then Rachel has Emma but there is no talk of her meeting her half-brother. Some theories have suggested that Ross lost custody of Ben. Others just believe that it all happens off-screen. But nevertheless, it’s still aggravating that we never really know for sure.

One of my personal favourite shows is crime drama Dexter. For the most part, the show is impressive but even the biggest of fans can admit that some things were overlooked. First of all, Dexter does a lot of his searching for victims at work in a police department. Surely these computers are monitored and once his victims appear on the missing persons list, it could be tied right back to him. This other inconsistency may be a plot-hole but also could just be the writers living in blissful ignorance for the sake of the story. Why does no-one notice that most of the other killers that appear on the show are in some way related to Dexter Morgan and his sister Deb? Whether it’s family, relationships or even just being seen in the same place at the same time. Why doesn’t this raise suspicions? But this plot-driven show always keeps your mind busy so it’s hard to notice these inconsistencies.

May be a plot-hole but also could just be the writers living in blissful ignorance for the sake of the story.

One mystery that people still discuss is from the first season of American Horror Story: Murder House. It’s one of the most popular seasons, but one thing that is still on the minds of fans is the question of who the fourth Langdon child is. Jessica Lange’s character Constance mentions that she has four children. We know Tate, Adelaide and Beau. The fourth child remains nameless and unmentioned. This has since been addressed by the writers of the show that say the fourth Langdon child was scrapped, but it still leaves people questioning who this character was meant to be and whether this will be revisited in a later season.

One more that deserves a quick mention is from another favourite, Buffy the Vampire Slayer. As great as this show is, it is full of plot-holes. We could probably mention multiple but one that comes up time and time again is Jesse, Xander’s supposed best friend. We meet him in the first episode and then he’s killed right away, never to be mentioned again or mourned. Did they just forget about him? It’s only their close friend getting murdered by a vampire, no big deal right? Overall, plot holes undeniably get on our nerves but we can’t help but always love these shows regardless. 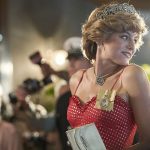 The Crown: a work of fact or fiction? 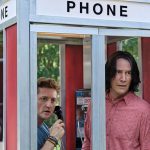 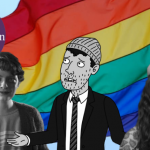 Pride 2020: LGBTQ+ representation with a small window of visibility 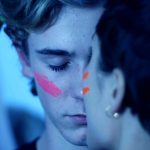 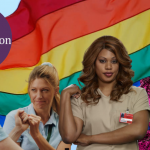 Pride 2020: LGBTQ+ shows and plots that educate us 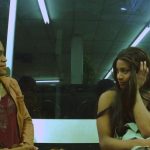 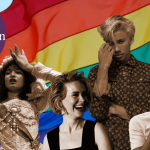 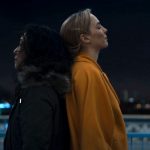 Killing Eve season finale: 'Are You Leading, or Am I?'
Copy link
CopyCopied
Powered by Social Snap