Amy Gildert reprises her weekly column to tell us why the geeky "comedy" leaves her bitter.

It is the year 2018 and for some reason, I am still hearing about the hot mess that is The Big Bang Theory. What did humanity do collectively to deserve this poor excuse for a sitcom?

Since 2007, we have been subjected to half-assed comedy and unlikable, misogynistic characters. And that might have flown in 2007, but not any more my friend. Not any more.

Lets ease in to the problems, shall we? Have you ever listened to a clip of this show with the laugh track removed? I would encourage you to do so. Without the obnoxiously fake laugh track telling you what to laugh at, you very quickly realise that none of the jokes are actually funny. The majority of the time, the jokes in The Big Bang Theory rely on one or more of three qualities; sexism, homophobia, or the social awkwardness of the classic nerd. It’s weak comedy at best, and completely offensive at worst.

For me though, the real kicker with The Big Bang Theory is the way it tries to suggest that women have no place in geek culture. While two of the three female characters may be scientists, all three of them are presented as either indifferent, ignorant, or as having full out hatred for anything ‘geeky’. The idea that there could be a female comic book fan is unheard of to the characters. The writers seem to have conveniently ignored the fact that with film and television such as Game of Thrones, Star Wars and the entire Marvel cinematic universe, nerd culture is the most popular it has ever been. The idea that women are ignorant of this development is just completely exhausting to watch. When characters make nerdy pop culture references, they aren’t there to get the audience to laugh along with their interests - they are written for the audience to laugh at. The writers seem to be stuck in some weird time warp where geek culture is still associated with scrawny, glasses-wearing, socially awkward guys who live in their mother’s basement.

Normally in this column I truly attempt to find the best and worst aspects of a TV show. However in the case of The Big Bang Theory, I have a hard time finding any aspects that actually make watching this show worthwhile. I suppose that at the time of its release, the show did do a lot towards making geek and nerd culture more socially accepted, simply through exposure. And both Amy and Bernadette are allowed to be equally as brilliant as the men in their respective scientific fields… That’s it. I don’t have any other nice things to say.

We need to demand better from our shows. Comedy in particular influences the way that young people act and behave. When we see characters that snicker in the face of two men being gay, make sleazy comments to their female friends, or laugh at the behaviour of an autistic coded character, we are told that that is the kind of behaviour that it acceptable. And it’s really not. If you’re looking for comedy, look elsewhere. You won’t find it in The Big Bang Theory.

"Have you ever listened to a clip of this show with the laugh track removed?" 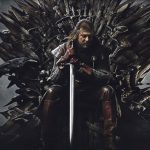 Winter isn't here... But something else is coming 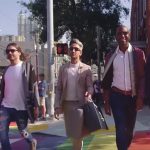 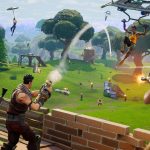 The Rise of Fortnite Battle Royale 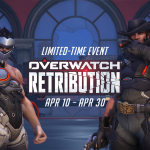 BBC to adapt His Dark Materials trilogy for TV 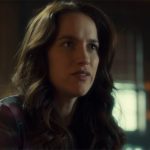 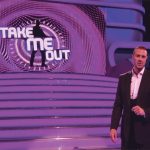 BitterSweet: Take Me Out 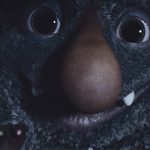 A Capitalist Christmas: The Truth Behind the Ads
Copy link
CopyCopied
Powered by Social Snap