Our writers discuss whether violence can ever be necessary in revolutions

John F. Kennedy famously said that “those who make peaceful revolution impossible will make violent revolution inevitable”. While this may be true in the majority of cases, I disagree with the idea that violence is necessary to overthrowing an archaic or tyrannical form of governance.

On the one hand, violence has been a component of several successful revolutions, two of the best examples being the American and French Revolutions. However, if you look at Gandhi’s non-violent resistance movement against the British, or the 1989 revolutions across the Eastern Bloc countries (with the exception of Romania) following the collapse of the Soviet Union, you’ll see that it can be argued that violence isn’t always the best approach to bringing about change. Therefore, I want to ask this question: does the use of violence improve your chances of creating a more developed and secure society than the one you want to change? For example, while the use of violence was crucial during the French Revolution in the removal of the monarchy, it led to the rise of Maximilien Robespierre and the ‘reign of terror’, the purpose of which was to purge any ‘counter-revolutionaries’.

The Bolsheviks targeted former members of the Tsarist regime during the early stages of the Russian Civil War, and continued this repression during the Great Purge of the 1930s. The author Graham Greene said in reference to Fidel Castro’s regime in Cuba, “All successful revolutions, however idealistic, probably betray themselves in time.” I believe that while violence may be necessary in the beginning, it is easy to become consumed by it and eventually you have to ask to what extent are you truly implementing change, or are you just continuing an endless cycle that will ultimately breed more tyranny and oppression.

Few events have had as great an impact on world history as the 1917 Russian Revolution. This seminal event established the ideological fault lines of the 20th century and still sparks heated debate a century on. But could a violent revolution such as Russia’s ever be morally justified?

Perhaps the most important point to consider in this debate is that every revolution that can truly claim to be such has been violent. For example, many cite the revolutions that swept Central and Eastern Europe as examples of non-violent revolution despite the fact the collapse of these despotic regimes were often precipitated by riots and, in the case of Romania, violent armed conflict.

Nor do violent revolutions occur for no reason, as the Haitian Revolution of 1791-1804 demonstrates. The Haitian slaves violently revolted because violence was their only recourse against a system that viewed them as disposable beasts of burden, and in turn they were met with brutal, racialized violence. It is unfair to equate the violence of the Haitian slaves to that of their oppressors.

Similarly, the Russian Revolution did not occur in a vacuum. By the 20th century, the Tsarist regime had become inept and inflexible. It met opposition from the impoverished working class with violence and any attempts at reform were half-hearted and piecemeal. Even in spite of the Soviet Union’s later atrocities, the Tsarist regime’s demise was not only all but inevitable but practically necessary.

Vladimir Lenin famously described revolutions as “festivals of the oppressed and exploited”. However one might view the man himself, there is a kernel of truth in his words. Such events never emerge from nowhere and indeed, many of our modern democratic rights were won through the violence of the English Civil War. Violent revolutions are contentious for good reason but it is foolish to believe they are never justifiable. 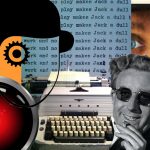 Kubrick Through The Ages: A List of the Top Five Greatest

Best of politicians attempting to act normal in 2018