Following the end of Game of Thrones last month, HBO found themselves with a hole they needed to bung up, lest they lose the bulk of the subscribers that their model relies on. It was therefore unexpected in the extreme for a show to come along and radically surpass the Thrones final season in every […]

Following the end of Game of Thrones last month, HBO found themselves with a hole they needed to bung up, lest they lose the bulk of the subscribers that their model relies on. It was therefore unexpected in the extreme for a show to come along and radically surpass the Thrones final season in every way.

That show is Chernobyl, the earth-shattering recounting of the tragic 1986 nuclear disaster in which untold people lost their lives from radiation exposure. The show maintains the highest ever ranking on IMDB, whilst critic and audience reviews are virtually unanimous in their positivity.

Whilst this could partly be attributed to the excitement that sometimes comes with a new show, I wouldn’t be sticking my neck out very far in saying that Chernobyl will be revered for decades, and so the question is begged: what makes it so compelling?

Perhaps it is because it is a story that has been underrepresented for decades, and one that most people only have a skeletal knowledge of: a corrupt and brutal communist regime was combined with sheer incompetence to create an unprecedented powerplant explosion, followed by a cover-up that maximised the damage. Whilst this analysis is fundamentally true, it is only the surface of a far more devastating iceberg.

The brunt of this devastation was felt by the people of the USSR. Our perception of horrific events is typically limited to the events themselves, and we forget those who it impacts. Chernobyl is able to effectively zoom in on those from all walks who suffered, from first responders to families, not to mention the over 700,000 people who made up the deadly clean-up operation.

This all happens seamlessly thanks to its fantastic script by Craig Mazin. We focus on Kurchatov Institute deputy director Valery Legasov (Jared Harris), who is forced to team up with Council of Ministers Deputy Chairman Boris Shcherbina (Stellan Skarsgard). The unlikely pairing of a leading scientist and an ambitious Soviet bureaucrat makes them a captivating double-act.

The conflict that arises between the two also acts as a neat metaphor for the scientific community’s push against rotten Soviet bureaucracy at the time of the disaster. From Adam Williams’ portrayal of Viktor Charkov, the sinister First Deputy Chairman of the KGB, to the true stories of those who refused to evacuate the people to save face, Chernobyl succinctly exposes the impact of lies and blackmail that existed even in the USSR’s dying days, with some crucial events still unknown today.

But then perhaps that’s what makes Chernobyl so gripping in the first place: its desire to speak the truth (rumours are already swimming that more radical members of the Kremlin would quite like the whole series to go away). Of course, the story itself is overwhelmingly true as well, adding to the gut-wrenching horror it depicts. Whether the Chernobyl acclaim maintains the feverish highs of the past couple of months, it is certain not to be forgotten. 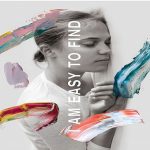 Review: The National- I Am Easy To Find 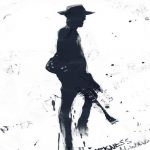 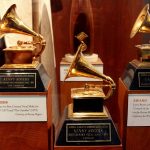 2019 Grammys: the winners, losers and controversies on the big night 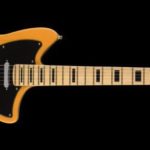 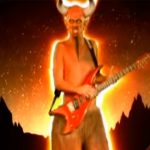 The Courier's top music videos of all time 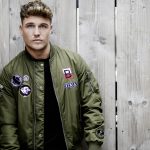