Confessions of a sabb

Postgraduate Officer Charlotte Paige Boulton on the backlash against sabbs, and whether or not it's fair

Since June, I’ve been thrown in at the deep end starting work as a Sabbatical Officer.

Not only have we had to contend with a global pandemic, which is completely altering the long-standing structures and assumptions in universities, we’ve also been hit by the A-level grades fiasco, a cyber attack which brought many university systems down, and the horrific tragedies of the loss of two students’ lives only a few weeks ago. All students are being impacted by at least some of these crises, and I understand why people are feeling angry, anxious, lost and wanting answers. I’m there with you. I’m here to explain the work we’ve been doing, the obstacles we’ve been hitting along the way and, honestly, to ask that people remember we’re also humans living through this awful situation just like you.

Recently there has been a lot of posts on social media, like Newfess, slating sabbatical officers and the Newcastle University Students’ Union (NUSU) for a perceived lack of action on pressing student issues. Comments include ones claiming that the “SU is so shit…they just sit on their arses”, that the SU needs to “get your act together and start making a difference”, that “there is no point in any of you remaining in your jobs”, that “sabbs are merely there to be lapdogs” and that “executive officers [are] virtue signalling and furthering their future career prospects”, and so on and so on.

Students should be demanding answers, but why not email us?

With criticism like this, I want to be clear what the issue is with these thoughts being posted on (mostly) toxic anonymous Facebook pages. Criticism, and questioning what’s going on at NUSU and the University, is so fair, and needs to be raised. Students should be demanding answers and looking for them if they can’t see them clearly, and I will be the first to admit we haven’t always been able to be as vocal about our progress in meetings and policy-making as we’d like, which is frustrating for students who perceive that as nothing being done. But why not email us? Why vent on an unmonitored, unofficial site that thrives on exaggeration, cruelty and hiding behind anonymity? I understand that some people feel Newfess is more engaging than the actual democratic structures of NUSU, like Student Council, but ultimately you’re directing your frustrations in the wrong place. If you actually want answers, Newfess is not the place to get them.

I’ve honestly lost track of the number of days I’ve worked from 9-5 with back-to-back meetings with no breaks, worked late and over my paid hours to finish up, and there have been many days of tears and feeling like I’m failing, just stumbling through reacting to crisis after crisis. I’m aware that, sadly, much of this work is invisible to students and I know it’s frustrating. The nature of being in high-level university meetings representing students is that, a lot of the time, the discussions are confidential and we can’t share information publicly right away. Many of the issues facing students are hugely complex issues that cannot be solved in a single meeting. We are all physically, emotionally and mentally exhausted after fighting for months for progress on key issues of tuition fees, accommodation ‘pay as you stay’ systems, mental health support, personal tutoring and so much more.

There are no quick fixes: this is rigorous work that needs time

Students' concerns that they aren’t seeing anything said are valid, and I’ll personally be writing more regular updates on my officer blog on the NUSU website in an effort to be more transparent. We know where we can do better and we are working so hard to represent all our students. There are no quick, easy fixes. This is sustained, rigorous work that needs time. You cannot rush into these battles when students' lives, finances and academic outcomes are at stake. We are here for you: we are a students’ union and none of us take that lightly. If you want to know more about what we’re doing, just get in touch through the appropriate channel (our work emails or questions at Student Council, not our private accounts or Newfess). We’re people, doing our best, but it’s infinitely harder to do our jobs well when our mental health is suffering from the consistent anonymous hate being broadcast without actually speaking to any of us about the issue first. We are passionately working as your student representatives living, and leading, through the biggest crisis we’ve ever experienced. We’re definitely not perfect, but we’re doing all we can to support our students. 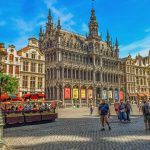 A brief city break in Brussels 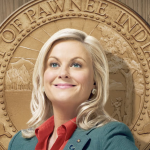 Have Ya' Heard? Parks and Recreation returns for a pandemic special 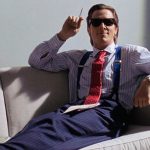 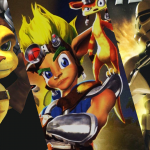 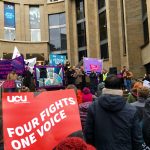 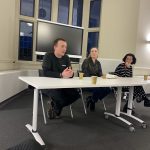 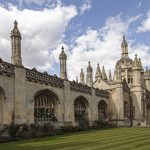 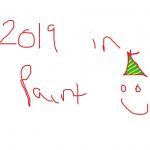