Cross Country: Only treats for NUAXC at Lambton Castle

Halloween weekend saw all treats and no tricks for NUAXC as they headed to Lambton Castle for the third fixture of the Harrier League.

The uncharacteristically pleasant weather enjoyed for the previous races of the season was nowhere to be seen, and it was back to proper cross-country conditions this time. The tent, once erected and pegged down, was much appreciated to shelter from the rain whilst the customary pre-race meal deals were consumed. It was set to be a tough course, with plenty of mud and extra steep hills added in. Nevertheless, team spirits were high, and captains Aoife and Steph provided much-needed encouragement around the course whilst on piccies and cheering duty.

First off were the U20 women to test out the course. NUAXC had three athletes in this race with Laura, Jess and Hannah. Jess and Hannah both had strong performances with Laura backing her consistent form. Jess (21st), Laura 24th, Hannah (294th).

Next up was the senior women’s race. Natasha and Phoebe started in the first pack with it being their first Harrier League races. Both looked like seasoned competitors out on the course though, finishing strongly within the top third of the field, and Natasha also earned promotion for the next race. Emily started from the medium pack, having already been promoted this season, and narrowly missed out on gaining another promotion, also impressing by managing to only fall over three times. Shona set off from the fast pack, enjoying the run out but not quite finding the extra push after a weeklong taper. Natasha (23rd), Emily (45th), Shona (58th), Phoebe (139th).

Lastly it was the turn of the senior men, with the course now nicely churned up for them. Sidharth made his Harrier League debut, and ran a solid race from the first pack, finishing inside the top half. Fresh off previous promotions, Will and Jamie started from the medium pack and both had strong races, finishing well up the field, with Will earning promotion up to fast pack for the next race. President Toby set off with the fast pack and relied on his trusty no training technique to sneak into the top 200 finishers. Will (29th), Jamie (102nd), Toby (199th), Sidharth (252nd).

As always, NUAXC had a great day out at the Harrier League and are looking forward to putting the hill practice to use at their next race away at Edinburgh. 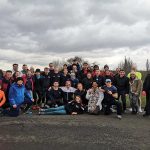 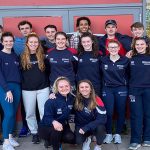 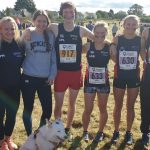 NUAXC see out the season in style at Alnwick 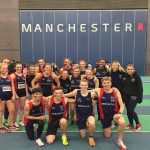 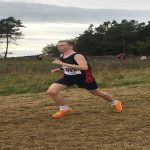 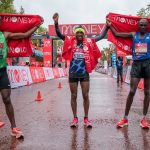 "Kipchoge is the king of us, even if we beat him"