Meg Howe dives deep into Holocaust literature, an incredibly popular genre, and tells us why it matters

Moving, brave and heart-wrenching are just three of the adjectives that describe the genre of Holocaust fiction. The popularity of books such as The Tattooist of Auschwitz and Cilka’s Journey, written by Heather Morris, highlight that the Holocaust is more than a topic that belongs in museum exhibits. It is not good enough just understanding the atrocities of the Holocaust, we need to acknowledge the events through remembering the personal stories of the survivors.

Being transported to a fictional world is a form of escapism for many of us. As readers, we understand that literature is influenced by the author's own experiences and that many authors use people they know in their personal lives to develop their character profiles. However, the world we are transported to as we delve into Holocaust fiction is not fictional. While it may allow us to escape our everyday lives, we must be mindful that we are entering a world that is not so far removed from our own.

As the authors of this genre like to note in forewords and acknowledgements, these stories are fabricated for literary purposes. They fall under the fiction category in book shops and are written in a fictional style, but these creations are Holocaust testimonies and therefore must be treated with the respect that we would give any memoirs.

But why have these authors decided to write such gripping content in the form of fiction? All of us are familiar with the genocide and mass destruction that was carried out by the Nazis during the Third Reich; murdering six million Jewish citizens. But the way that we are taught this is very factual. Of course, it has to be, if you’re sitting an exam that asks you to give specific statistics about the Warsaw Uprising, but what the school system fails to give us are the personal stories of those who managed to survive. That is where fiction comes in.

What the school system fails to give us are the personal stories of those who managed to survive.

These accounts are based upon memory, interviews and conversation between author and subject, and can therefore be considered as oral histories. When researching for The Tattooist of Auschwitz, Morris had conversations with the subject about his life experiences, which she then converted into fiction. Unlike non-fictional memoirs, these works are only based upon the accounts given and are fabricated through the use of creative license. An example of Morris’ work is that she minimises the number of encounters that Lale had, as to tell the story in a more coherent and less fragmented way.

What makes these testimonies so impactful, especially in Morris’ work, is the use of sentence structure and syntax. As we are analysing literature here, it does not seem right to omit discussion on the writing itself. I first read Morris’ work in the summer of 2019, and before picking up a copy of Cilka’s Journey in the summer of 2020, I had been mesmerised by her use of short sentences. Even now, three years after having read the heartfelt story of Lale, one of the most memorable aspects of the writing is the pace the structure creates.

The use of these simplistic sentences creates a sense of urgency, compiling a tone of discomfort and tension. Combined with the use of scenery descriptions, the reader is aware of the surroundings; highlighting that constructing a world – in the same way that a fictional world would be created – allows the reader to experience the personal narratives in a much more in-depth way.

Sometimes we find non-fiction texts a little too robotic and structured, and many of us find these harder to read, especially when we look for escapism in our reading time. So by placing these personal histories in the fictional style, they suddenly become a lot more accessible. With Holocaust testimonies being of such importance to our understanding of this time period, having these written in an easy-to-read, fictional format allows these stories to be consumed by a wider audience.

These truth-based fictions leave you thinking about the events of the Holocaust long after you’ve put down the book. So, despite knowing facts about the events of the Third Reich, I now feel that I have established a connection between my world and the world lived by thousands of survivors of one of the worst periods in human history. And for that, I have Holocaust based literature to thank! 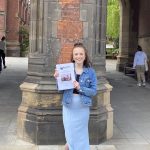 Looking beyond our subconscious stereotypes: living with cerebral palsy 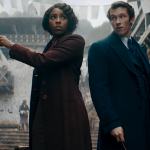 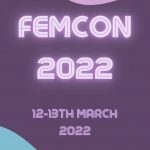 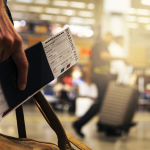 The importance of travel