Author name under Rosie McCallum, no wordpress account yet

After the end of a season in any sport, it becomes quiet. There is little to do but prepare yourself for the next season and wait in anticipation. As an F1 fan, weekends are a lot quieter, figuratively and quite literally. As we all know, being a fan of F1 can be very hectic, especially following the heated season we just left behind. But brace yourself because all that drama is coming back. Season 4 of Drive to Survive was just recently announced to be released on Netflix on March 11th. This comes ahead of the first race in the 2022 calendar: Bahrain on March 20th. And personally, I can’t wait.

Now I’m quite aware of the differing opinions on the making of Drive to Survive. Since the release of season 1, there has been debate on the realistic representation of the sport through the TV series. Wide discussion surrounded the dramatization of the sport on TV, claiming unrealistic battles between certain drivers and their teams. Though the series is dramatized, it has become very successful in gathering new fans and increasing exposure in the world of racing. One of the biggest outcomes of the DTS series is the new era of female fans, which has been visible with viewership records sky-high on race weekends.

Drive to Survive is a documentary series that takes you on an insider’s perspective of what goes on within race weekends and allows you to view the drivers through a personalised lens. The popular show lets fans access more, providing never-seen-before footage of battles both on and off the track. I’ve often had conversations with people who know nothing about the sport - with some even arguing that F1 isn’t a sport - but through the series Drive to Survive, they can learn more about the sport and the life’s work it takes to become one of the world’s fastest drivers.

I have no doubt in my mind that this season will shock viewers. From the McLaren 1-2 in Monza to Esteban Ocon’s Hungarian win, each episode will be crammed with engrossing content for fans around the world. The 10-part series will delve into new Grands Prix such as Qatar, Netherlands and Saudi Arabia, whilst revisiting the favourites and providing new behind the scenes content. There may be some disappointment for orange army fans around the world as 2022 champion Max Verstappen mentioned that he will not appear in Season 4. after claiming that the show creates false narratives. That being said, the show no doubt will continue to display his journey through season 4 through the perspectives of others. As Verstappen was one of the leading contenders throughout last season, it is almost impossible to avoid his battles on track.

This long-awaited season may be the biggest one yet. With the dramatic end to the season following the controversial race in Abu Dhabi, this season of DTS will certainly be a rollercoaster of emotions. As we enter into a new era of F1 with new regulations and further developments, we can sit back, (kind of) relax and once again delve back into the world of racing. So, for all you F1 fans out there, clear your schedule and mark your calendars because March 11th is fast approaching and the binge for season 4 is on. 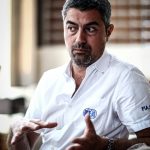 Masi no longer race director: what is happening now?

Review: The Mandalorian Season 2 - Star worth the watch 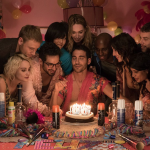 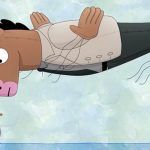 The appeal of animation 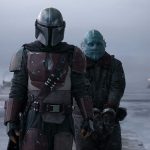