Eating Meat from a Petri-dish

Singapore is the first country to approve lab-grown meat for general consumers. Marcel Shamshoum discusses whether it is has a place on the food market.

Just when we thought this year was full of surprises; 2020 still has some tricks up it’s sleeve. 20 years ago when we would think of the future, our mind ultimately goes to flying cars, robots taking over, Artificial Intelligence (AI) but certainly not lab grown meat.

For some reason some people jump in disgust and refuse anything coming from a lab (the Covid-19 vaccine, for example), and do not give science a chance to explain; so I’m here to explain. Just this week Singapore became the first country in the world to approve lab grown meat to be sold in the market for people to consume. And yes I do agree to some extent that it sounds a bit weird, but it could be a game changer.

The concept of meat grown in a petri dish is not new: companies like Eat Just Inc. and many more lab grown meat startups have been tinkering with this idea for a while now. Once it comes onto the market, their products should be seen as a cleaner alternative to animal slaughter. And when we think about it environmentally it makes sense; according to The Daily Express “the land footprint of commercial lab-grown meat being 99% lower than for normal animal husbandry”. Dr Madsen Pirie, president of the Adam Smith Institute said back in 2018 that “We can produce the same amount of meat in factories on 1% of the land it presently takes us to do it,” so less land is needed.

How else does it benefit?

Well of course there are less animals being slaughtered; PETA reports that roughly “29 million cows suffer and die in the meat and dairy industries every year” in the US alone. Imagine cutting that number to a handful of cells that would regenerate and grow to make hundreds of pounds of meat without harming any animal. In a nutshell, lab grown meat will be animal-welfare-friendly, ethical and have much lower chances of carrying diseases.

But, like anything else, there are obviously some downsides. Mainly it would be trust, as many people view that lab grown meat is unnatural. We have already seen this similar reaction to genetically modified (GM) foods. A man told Sky News that “meat grown in a lab is a step too far: I wouldn't trust anything coming from a lab, I'd feel uncomfortable with it so given the choice I'd prefer not to eat meat at all."

Taste could also be a potential downside as lab grown meat contains no fat or bones, where much of the flavour comes from. Missing these elements could be a loss for consumers and chefs alike, as they may not get the satisfying tastes that are associated with the different meats. That said, up to this point we have very little knowledge on lab grown meat flavour in comparison to a livestock-based product.

In the end it comes down to your own personal beliefs, ethics, taste and judgment as to whether lab grown meat would be something you would try when it becomes more widely available. 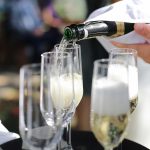 Easter food traditions from around the world

Covid for Christmas: Round 2 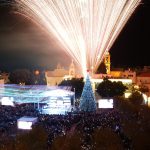