Everything you need to know about COP26

COP a load of this: here are the most important things you need to know about the climate 'Conference of the Parties' that takes place every year.

For the past month, COP26 has made headlines across the globe, whether in relation to leaders, celebrities or how critical it is. But what actually is 'COP'? Here's what you need to know.

Every year, world leaders from across the globe come together to discuss Climate Change and pledge action. Held in the framework of the United Nations, COP is what's dubbed as 'Conference of the Parties'.

Within this, it's the United Nations Framework Convention on Climate Change that's happening right now in Glasgow. Conveyed by the number, this is the 26th annual conference that's taken place. The first 'COP' took place in Germany, in the March of 1995.

This year, Presidents, Prime Ministers and leaders have traveled to the UK from every corner of the planet - to discuss how we need to save the planet. The mission of COP is simple - pledge and act.

Despite world leaders having a presence at the event, many stay for a short amount of time. Boris Johnson (in true sustainable style) flew from Glasgow back to London on the 2nd of November - just three days into the thirteen day event.

After world leaders show their face, the delegates take over. These delegates, often in teams, are sent on behalf of participating countries to talk policy, pledges and action. This is when change truly takes place.

However, leaders do help make some pledges. For example, over 100 countries signed 'The Global Methane Pledge' - an initiative put forward by the US and EU. The pledge details plans to cut methane levels by 30% by 2030.

Another significant plan signed by leaders was a deforestation pledge. Simply, its objective is to reduce the amount of forests (like the Amazon for example) being chopped down every day. According to a press release by GOV.UK, 'An area of forest the size of 27 football pitches is lost every minute.' Which is why deforestation is such an important issue!

Yet, COP26 doesn't feel as monumental as it should be. Despite media around the globe heralding the conference's main message as
‘If we don’t act now it will be too late’, COP26 feels less impactive as its 2015 predecessor COP21.

For context, COP21 was the birthplace of the Paris Climate Accords - with 193 members of the UNFCCC are still a part of the world changing agreement as of November 2021.

According to Wikipedia, The Paris Agreement's long-term temperature goal is to keep the rise in mean global temperature to well below 2 °C (3.6 °F) above pre-industrial levels, and preferably limit the increase to 1.5 °C (2.7 °F), recognising that this would substantially reduce the impacts of climate change. Emissions should be reduced as soon as possible and reach net zero by the middle of the 21st century.

However, COP26 is still meaningful for so many reasons. On the weekend of the 6th November, over 100,000 people in Glasgow and thousands more across the nation marched for change.

So, to conclude, COP26 is (what should be) the beginning of monumental change for humanity. Whether this years conference will trigger this change is another question. But for now? We must try and make our own change wherever we can. 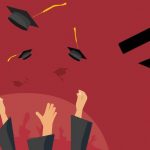 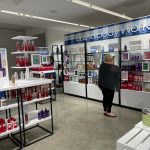 It's finally here: Bath and Body Works makes a splash in the UK 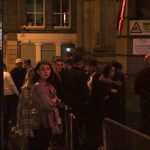 The Big Night... Out? Newcastle's streets remain buzzing amidst boycotts

A Hate Letter to Disney Re-makes 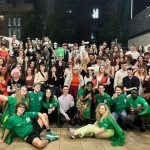 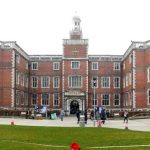 The Big Night in: NUSU reveals which societies are supporting the club boycotts 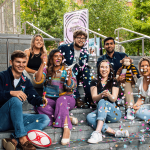 'Being advocates for student voices has never been more important': A rundown of this years first Student Council
Copy link
CopyCopied
Powered by Social Snap