Graduates bring a taste of Indonesia to Newcastle

Waroeng Indonesia, the brainchild of two Newcastle University graduates, has brought a taste of Indonesia to Newcastle.

In the few months since Waroeng Indonesia launched, the pop-up restaurant and catering business has had a lot of takers, including securing deals with clients ranging from INTO Newcastle University, Vita Student, Globe International Student Café, Newcastle University Business School and several private clients. They can also be found in a number of locations around Newcastle and Gateshead, including By the River Brew, and Kommunity NCL’s Monthly Night Market.

Waroeng comes from an Indonesian word that means a small restaurant where people from various backgrounds come together to bond over food. This is the spirit that the founders, Kezia Toto, and Monica Said, who are Newcastle alumni, hope to imbibe in their start-up.

Talking about their pop-up business model, they said, “We have this thing called Kaki Lima, which translates to Five Feet, because the food cart has 3 ‘legs’ and the seller has 2. They pop up at every corner in every possible street in Indonesia. For us, it started as a way to test our market and build awareness.”

Kezia and Monica, who graduated from Newcastle University last year with degrees in Psychology & Media and Architecture respectively, worked on several projects together, before deciding to start their enterprise. In under nine months, they managed to turn a £120 start-up capital into a £3000 profit, which they donated to an orphanage back in Indonesia.

A pop-up restaurant bringing the flavours of South-East Asia all the way to the North-East of England is a fairly innovative concept, but according to the founders, the pressure to constantly keep innovating in the heavily regulated food industry is a major challenge. As they said, “It is like having to sprint straight in a long curvy track.”

The pair, who managed to secure a Tier 1 Graduate Entrepreneur visa through endorsement from the university, also received a grant from UnLtd, an organisation that supports social entrepreneurs in the UK. Considering the competitive process in securing endorsement from the University’s StartUp service, the duo credited the support that they received from the Careers Service and the mentorship with Steve Bowden and Jackie Wade as fundamental to get their business up and running, and to help them grow as entrepreneurs.

Region’s universities collaborate to light (up) a “Creative Fuse”

Begpacking your way through Asia - Is it the worst possible travel “trend” to date?

On a Northern Lights trail to the land of eternal Christmas

Around the World in Christmas Décor 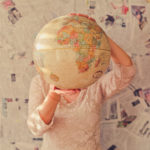