Hollywood's price for success: The body

George Bell comments on the toll acting can take on the body.

Working in Hollywood is something that over the years has been painted as a dream job with fame, fortune and a certain degree of power. But sadly, it isn’t just sunshine and rainbows as there are definite issues working in the film industry. This is the first of two parts and will look at how serious the physical demands of such a career.

It goes without question that a huge part of Hollywood is dedicated to the looks and appearances of the actors and actresses we watch on the screen. Keeping up the unrealistic standards of beauty while it may get them certain roles, is sure to put these people under immense stress physically. Hugh Jackman is one such example with his famous role as Wolverine. The ripped physique of Jackman is almost iconic as his claws, yet how does he keep it up. Well along with vigorous workouts its been confirmed that while filming The Wolverine (2013) Jackman would dehydrate himself for two days. While this commitment to the role is impressive, the physical toll this must have caused is sure to have put immense strain on his body.

“I believe I probably was trying too hard, in a way that’s destructive”

Brendon Fraser, in an interview with GQ

And while for the most part, Hugh Jackman stayed relatively healthy during his time on the big screen there are others who suffer even more for the roles they perform. One such actor is Brandon Fraser. The star of The Mummy (1999) and George of the Jungle (1997) was famous for his action and stunt-filled roles in the late 90s and early 00s. But in recent interviews with GQ, he revealed that these roles actually a really negative impact on his health, and one of the reasons he left the industry. During the interview, Fraser said “I believe I probably was trying too hard, in a way that’s destructive” and revealed how much pain he underwent and how his body fell apart even to the point where he required multiple surgeries.

Actors seem willing to go to any level in order to ensure they can accomplish their roles and do anything for a scene. In Martin Scorsese’s The Wolf of Wall Street (2013) Margot Robbie and Leonardo De Caprio engage in an intimate scene upon a pile of money. It wasn’t until after the scene and Robbie was helped up that it was revealed her back was covered in paper cuts. Despite the immense pain, she is sure to have experienced, she said nothing in order to prevent delays to the movie. Commendable? Yes. But still not a smart mindset to have and actually quite self-destructive. James McAvoy in Split (2016) is another example of this where during a scene a stunt punch went wrong and he missed his target, fracturing his knuckle. He didn’t tell anyone for 3 days, refusing to go to the hospital and in the final cut of the film can even be seen with a swollen hand.

As with anything, films can go wrong, especially when stunts and complicated sets are involved, which is why trained professional stuntmen and women tend to take on the higher risks (unless your name is Tom Cruise or Jackie Chan, of course). Sadly even being some of the best in your field accidents can still happen like in the recent Deadpool 2 (2018) where stuntwoman Joi Harris tragically lost her life in a motorcycle accident. It was later confirmed to be safety failures which lead to her death. There is definitely no guaranteed safety when filming a scene, even when it is planned meticulously or when a stunt isn’t even involved. On the set of Star Wars: The Force Awakens (2015) Harrison Ford breaking his leg after being pinned by a heavy door of the Millennium Falcon due to improper health and safety regulations. While clearly an accident, the Han Solo actor could have lost his life, showing just how dangerous working in film can be if you aren’t careful of your environment.

Brandon Lee died while working on a scene that was supposed to be harmless.

These workplace accidents can happen at any time, in the most unexpected ways and result in a tragedy similar to Joi Harris. Another incident that shocked a great many to their cores was the death of Brandon Lee while filming The Crow (1994).  During a scene where Lee’s character gets shot and killed took a dark turn when the gun, supposed to filled with blanks, actually delivered a mortal wound. Rather than buying actual blank rounds the crew instead tried to make their own but sadly did so incorrectly resulting in Lee’s death. He was 28 years old. This tragic event could have been easily avoided but for whatever reasons, be it budget reasons or something else, a man died while working on a scene that was supposed to be harmless.

So, it is clear that working in film is definitely not risk-free and can cause real harm to those involved. Be it strain from going above and beyond for a role or an accident on set, Hollywood has the definite chance to affect people negatively. But what about the mental side? In such a stressful industry, it's no surprise how negatively the industry can affect people mentally. 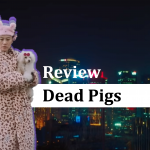 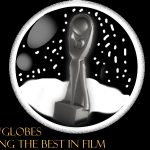 The Snowglobes 2020: honouring the best in film 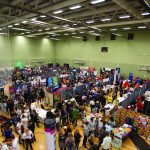 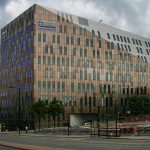 An Open Letter to Newcastle University 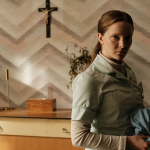 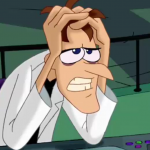 Review: The Devil All The Time (18)
Copy link
CopyCopied
Powered by Social Snap