WandaVision (2021) leads to Doctor Strange in the Multiverse of Madness (2022) and with rumours flying, Falcon and the Winter Soldier (2021) could lead to Captain America 4.

Spoilers ahead for The Falcon and The Winter Soldier!

WandaVision (2021) leads to Doctor Strange in the Multiverse of Madness (2022) and with rumours flying, Falcon and the Winter Soldier (2021) could lead to Captain America 4.

Not being revealed in Marvel Cinematic Universe’s (MCU) Trailer for Phase 4 could simply mean Captain America 4 will be in Phase 5 (post-2023). Both Young Avengers and Blade were left out of the announcement too.

But who'll be coming back?

Well, Anthony Mackie (Outside the Wire) would of course be Captain America/Sam Wilson. Marvel have reportedly not told Mackie about Captain America 4 as he found out at the grocery from a checkout guy named Dwayne. He’s “excited to see what happens, but [he] hasn’t heard anything” of a movie or season 2. Considering how Mackie’s co-star Sebastian Stan (Monday) first heard about his involvement in Captain America: The Winter Soldier (2014) via a friend texting him after the title was announced in a 2013 Comic-Con; Mackie not knowing isn’t too surprising.

Sebastian Stan would likely reprise his role as Bucky with FATWS’ ending implying it’s unlikely we’ll see one without the other anytime soon. Plus, a continuation of Bucky’s PTSD storyline and moving on from being the Winter Soldier would be interesting.

Rumour has it Falcon and The Winter Soldier (FATWS) writers, Malcolm Spellman and Dalan Musson, will write the screenplay. Spellman has commented “I would not put faith in anything you do not hear directly from [Kevin Feige] himself” to ComicBook, and teased numerous unannounced movies to Murphy’s Multiverse.

Wyatt Russell (Overlord) will more than likely take his place as the popular to hate 'US Agent'. The anti-hero would unlikely be Captain America and Bucky’s primary antagonist as they already fought in FATWS, but he could join the rumoured Thunderbolts (a villainous team).

Daniel Brühl (The Alienist) could make a return as Zemo. Unless Zemo leads the hypothetical Thunderbolts, like his comic counterpart, and fights against Bucky and Sam, his inclusion would be difficult. In FATWS, Bucky and Zemo shared a grudging respect, so returning as an evil ally wouldn’t be too far-fetched. Brühl’s screen presence is incredible and his great chemistry with Mackie and Stan made him invaluable in FATWS. Plus, Captain America: Thunderbolts would be a fun ensemble movie with the heroes fighting against US Agent and Zemo.

Danny Ramirez (Top Gun: Maverick) as Joaquin Torres could also become Falcon in Captain America 4, like he does in the comics.

Emily VanCamp returning as Sharon Carter/Power Broker could play into a mystery-thriller with Sharon being the secretive villain and having a similar tone to FATWS and Captain America: The Winter Soldier. Sharon’s disillusion with her former service, desire to sell state secrets for power, and Sam unknowingly thinking her a friend could be an emotional challenge. FATWS struggled with female characters, so Captain America 4 would benefit from utilising Sharon’s character shift from loyal agent and love interest into complicated villainy.

Marvel is massive and in 2023, the MCU will look very different, so anything could happen. Either way, a Captain America 4 with Anthony Mackie, Stan, Brühl, and VanCamp would be incredible. 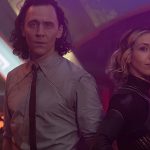 Marvel officially has their openly queer characters in Loki 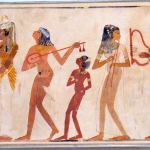 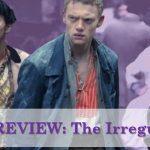 Review: The Irregulars- Is it something new or is it regular Sherlock? 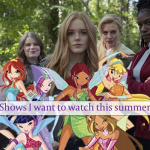 It might be summer, but I'll be inside watching... 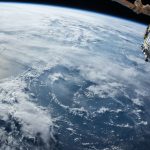 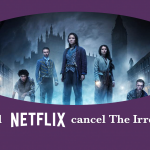 The Irregulars - cancelled after one season

Marvel, I just want to talk about queerbaiting 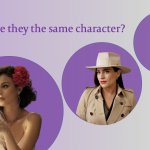